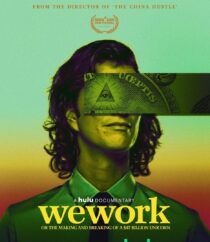 How do you lose $47 billion in six weeks? Well a new HULU documentary is counting the ways. The SXSW​ Official Selection, WeWork: or The Making and Breaking of a $47 Billion Unicorn, premiered on April 2nd on Hulu.

Exploring the rise and fall of one of the biggest venture capitalist bubbles in recent years – the documentary tells the story of WeWork and its hippie-messianic leader Adam Neumann who makes you beg the question, was he trying to create a cult?