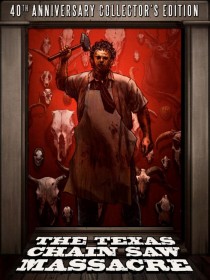 Dark Sky Films has released multiple editions of The Texas Chainsaw Massacre to celebrate the 40th Anniversary of Tobe Hooper’s cult classic 1974 horror film that ushered in a new era of thriller entertainment in America. For this review I had the opportunity to dissect the 4-Disc Combo DigiPack, featuring 2 Blu-rays and 2 DVDs – 1 each with a remastered version of the film and heaping amounts of bonus material, in standard and hi-definition, to enjoy.

Having been shot 40 years ago on 16mm film stock, I was immediately impressed with this brand new, director-approved 4K restoration and 7.1 audio transfer. The care taken in completing the work shows, resulting in a sharp and rich presentation. The film doesn’t – and shouldn’t – look like a brand new movie, but it feels worth the money spent on the new edition, which far exceeds any previous home video release.

The Texas Chain Saw Massacre contains a wide array of bonus content spread across two discs. The set comes housed in a tri-fold DVD case-sized “Digipak” presentation with the Blu-ray discs in the middle section in a stacked-staggered formation and the DVDs on the other in the same configuration. Glossy artwork is included, as is a slipcover.

The real power of The Texas Chain Saw Massacre 40th Anniversary Collector’s Edition – and the reason to purchase either the Combo Set or Limited Edition – is in the release’s bonus material. Beginning with Disc One and it’s “Audio Commentaries.” Almost six hours worth of audio commentaries from director Tobe Hooper and the rest of the cast and crew reveal everything about The Texas Chain Saw Massacre, how the film was made, along with previously unknown trivia from the set & post-production. Included in the four tracks, two of which are brand new, are: Track One: Filmmaker Tobe Hooper, Cinematrographer Daniel Pearl and Actor Gunnar Hansen. Track Two: Production Designer Robert Burns and Actors Allen Danziger, Marilyn Burns and Paul Partain. Track Three: Filmmaker Tobe Hooper. Track Four: Cinematographer Daniel Pearl, Sound Recordist Ted Nicolaou and Editor J. Larry Carroll.

The Combo set includes a separate Disc for the remaining bonus features. 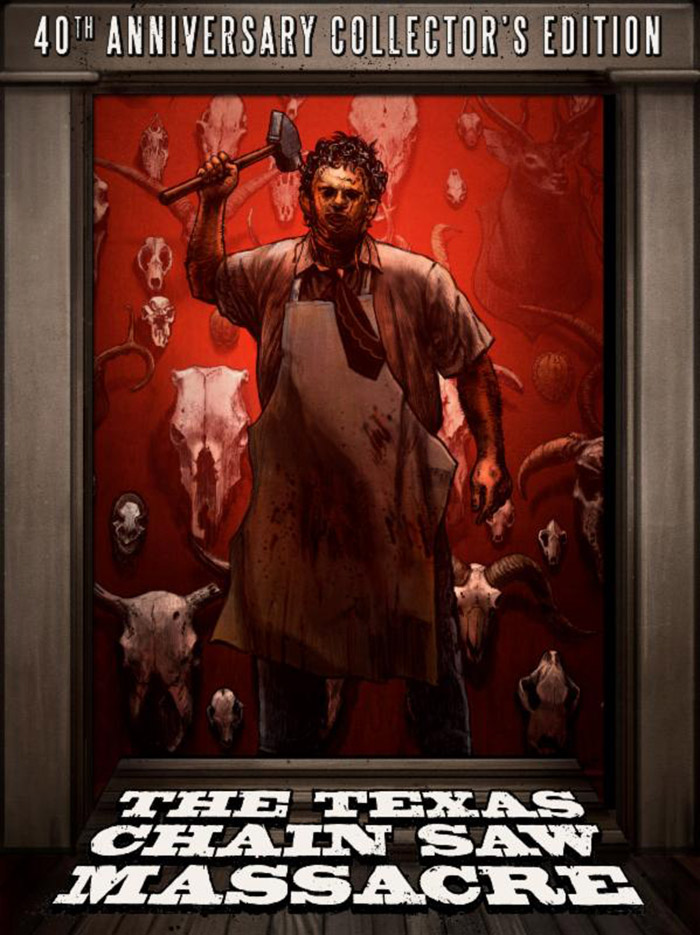