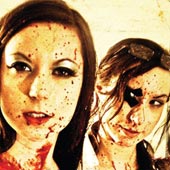 Directing twins Jen and Sylvia Soska make their feature film debut with the micro-budget, award-winning cult classic Dead Hooker in a Trunk, one of the most hyped and blogged about indie films of the year. The film hits DVD today, and to celebrate its release, FilmFetish is giving away five copies of the DVD to readers.

In order to be entered the random Dead Hooker in a Trunk drawing:

I’ll be running the Dead Hooker in a Trunk contest through Friday, February 17th, 2012.

More about Dead Hooker in a Trunk

Four friends set out on an everyday errand and end up in a fight for their lives when they discover the body of a dead hooker in their trunk. Led by sexy, impulsive Badass, her distant twin sister Geek, their bible-thumping friend Goody Two Shoes and chaotic rock star pal Junkie, the group must put aside their differences to dispose of the body as they face off against persistent police, a sleazy motel manager, chainsaw-wielding triads and a brutal serial killer. All while being followed by the mysterious Cowboy Pimp, who wants to claim the corpse for himself.

Identical twins Jen and Sylvia Soska (upcoming American Mary) wrote, directed, produced and star in this explosive ride filled with gun fights, extreme violence, blood, guts, gore … and goats. Also in the cast are Rikki Gagne (Dark Moon Rising) and John Tench (Tooth Fairy). With the exploitation sensation Dead Hooker in a Trunk, the Soska sisters join the ranks of neo-grindhouse masters Quentin Tarantino and Eli Roth, who bestowed his high honor on the movie by calling it “fucking awesome!”

Check out the trailer and packaging art for Dead Hooker in a Trunk, below. 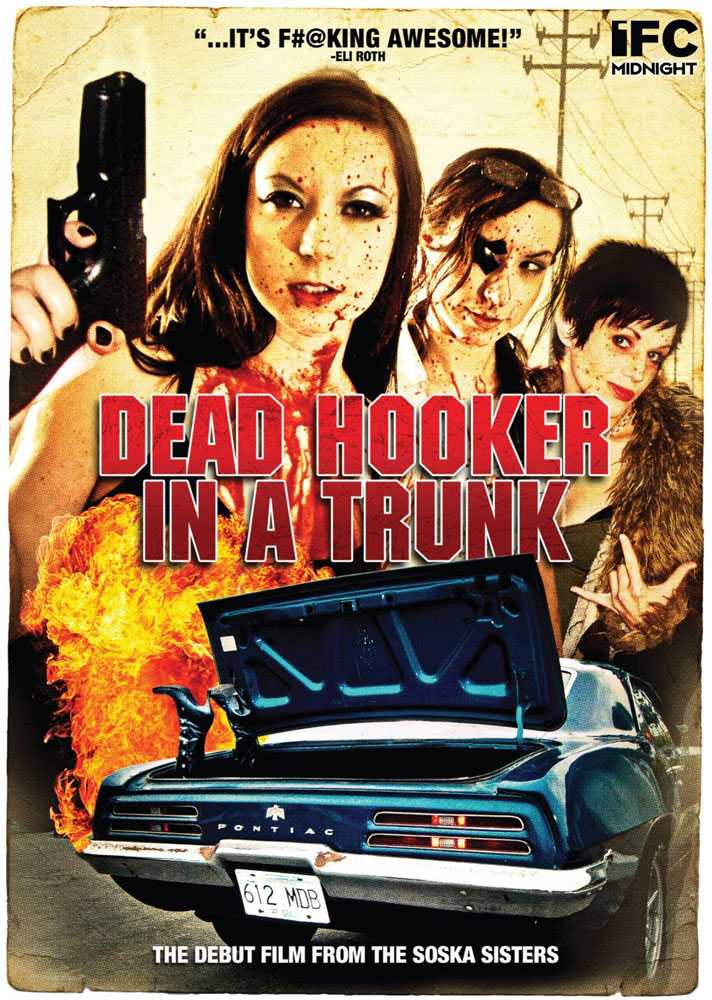