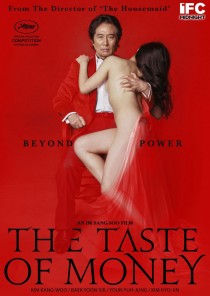 In order to have a chance to win your free copy of The Taste of Money, simply make sure you have liked our Facebook page at facebook.com/filmfetish.

More about The Taste of Money

In a mansion on the outskirts of Seoul lives one of the richest families in South Korea. Patriarch Yoon is the president of a multinational conglomerate, but his wife Madame Baek really holds all of the power. Her personal secretary Young-Jak, a handsome young man newly introduced to the world of wealth and influence, deals with the family’s immoral – and frequently illegal – activities while he awaits his own opportunity to make it rich. When Madame Baek catches her husband having an affair and exacts her revenge by seducing Young-Jak, a torrid series of intra-familial deceptions ensues in the “moody and semi-Shakespearean” (Chris Packham, The Village Voice) The Taste of Money, a sexy and controversial erotic thriller from South Korean master Im Sang-soo (The Housemaid). Nominated for the top prize, the Palme d’Or, at the 2012 Cannes Film Festival, and a successful IFC Films theatrical release, The Taste of Money received global critical praise. The New York Times’ A.O. Scott summed it up, saying, “Mr. Im, with serene, almost voluptuous assurance, creates a tone that hovers between ice-cold comedy and feverish melodrama.” 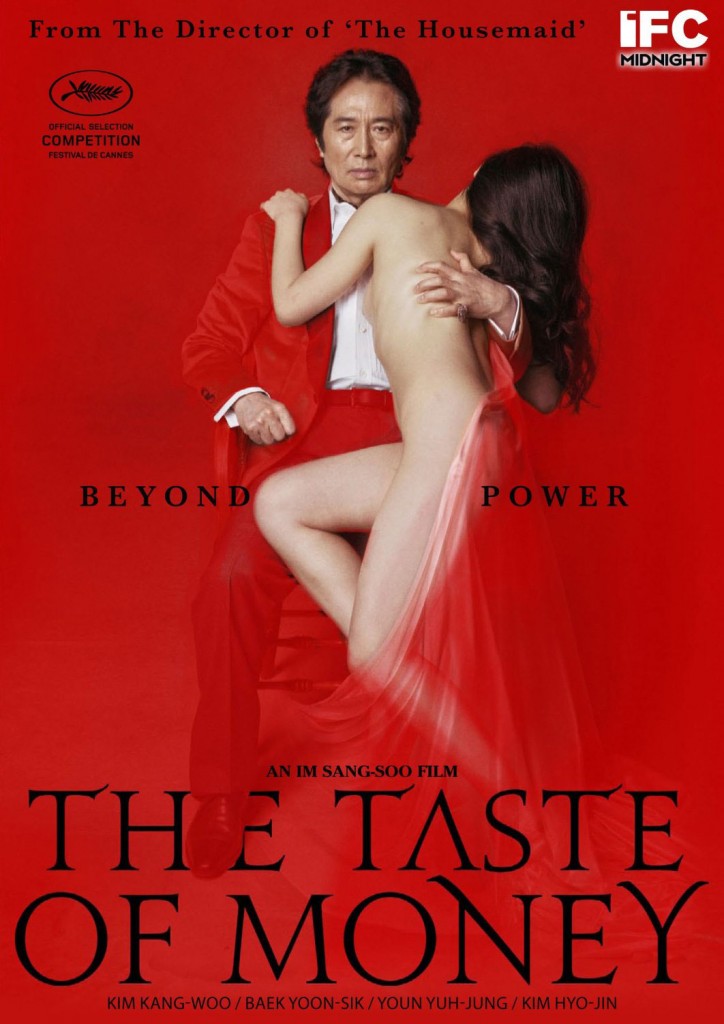