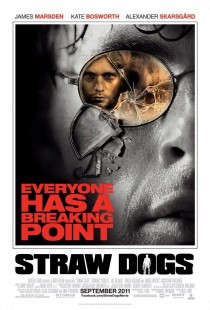 Starz recently announced that the network will develop a post civil-war drama series from award winning writer, director and producer Rod Lurie (The Contender, The Last Castle, Straw Dogs) in conjunction with Plan B Entertainment (World War Z). Lurie and his long-time producing partner Marc Frydman will executive produce via their Battleplan Productions banner. Set in Texas in 1867, during the Comanche Wars, Monsters of God follows two powerful ex-cavalry men, a war-hungry Colonel, and his seemingly by-the-book executive officer as they struggle to maintain order over the men in their command, faced with the challenges of an uncivilized territory and their own inner demons.

Lurie, a West Point graduate and former artillery officer in the Army, spent years studying the Comanche Wars during his time in the service. His previous work includes the award winning political thriller, The Contender, starring Jeff Bridges, Gary Oldman and Joan Allen and the military-themed feature, The Last Castle, with Robert Redford and James Gandolfini. He also directed Straw Dogs, starring James Marsden, Kate Bosworth and Alexander Skarsgard. Prior to writing his first feature film, he served as a film critic. Marc Frydman, Lurie’s long-time producing partner for Battleplan Productions, will also serve as an Executive Producer. The STARZ Original series will be produced by Starz and Plan B Entertainment, with Starz retaining all domestic and international multiplatform rights.

Executive Producer and writer Rod Lurie said, “If you want to make a series that is big, ballsy and epic, you go to Starz. I am hoping that the show will have enormous scope, but never at the expense of historical accuracy. My fellow producers and I can’t wait to take a shot at this.”