Director Olivier Assayas and star Edgar Ramirez will be appearing in person with an exclusive engagement of the critically acclaimed biopic Carlos, the epic, searing and relentlessly thrilling portrayal of the Venezuelan revolutionary Ilich Ramírez Sánchez. The film has been praised by the Los Angeles Times as “The Bourne Identity with more substance, or Munich with more of a pulse,” and received much well-deserved buzz at this year’s Cannes Film Festival. Sanchez (played by Venezuelan actor Édgar Ramirez) is a fascinating real-life figure with an explosive rise and fall, who managed to found a worldwide terrorist organization and raid the OPEC headquarters before being caught by French police in 1975.

Olivier Assayas electrified the Cannes Film Festival with Carlos, the definitive portrait of the notorious international terrorist known as Carlos the Jackal, who masterminded a wave of terror attacks in Europe and the Middle East in the ’70s and ’80s. The film tracks the arc of Carlos’ criminal activities across two decades and several nations, features a dynamic cast of international talent, and was shot in numerous countries, including Austria, France, Germany, Hungary, Lebanon, and Morocco.

Carlos will be playing at a one week exclusive run at the American Cinematheque, located at the Egyptian Theatre, 6712 Hollywood Boulevard, in Los Angeles, California. All ticket buyers will get a souvenir ‘Carlos’ booklet, according to the release.

In addition, there is a tribute to Olivier Assayas going on at the Cinematheque, featuring screenings of his films Irma Vep and Demonlover.

Here is the schedule:

Irma Vep centers on a once prestigious French director (Jean-Pierre Léaud) who casts Hong Kong film star Maggie Cheung (playing herself) as villainess Irma Vep, and his sexual infatuation with her.

The dark thriller Demonlover updates David Cronenberg’s Videodrome for the dotcom age, merging gray-suited executives, high-tech websites and corporate espionage. As it draws links between the worlds of anime, videogames and pay-per-view pornography, Assayas’ film unnervingly suggests that even the most innocuous entertainments are part of a far less wholesome culture of the image. The music in Demonlover is by Sonic Youth. In French with English subtitles.

Irma Vep and Demonlover will be presented In French with English subtitles, with a discussion between films with director Olivier Assayas.

Director Olivier Assayas and Edgar Ramirez will introduce the screening.

Director Olivier Assayas and Edgar Ramirez will introduce the screening and appear for a discussion following the presentation.

Director Olivier Assayas and Edgar Ramirez will introduce the screening.

Check out the trailers for Irma Vep, Demonlover and Carlos, below. 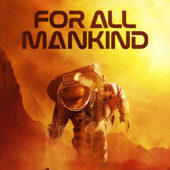 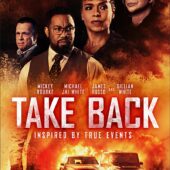