According to a report by Variety last year, the story focuses on the hunt for a gang of exceptional currency counterfeiters by the Hong Kong police. Through a gang member (Aaron Kwok) whom they extradite from Thailand, authorities find themselves on the trail of the gang’s shadowy mastermind (Chow Yun-fat). The cast also includes Dick Liu Kai Chi, Zhang Jingchu and Catherine Chau as the lead detective.

Bona Film Group, which financed the project, has just released a teaser trailer for the Hong Kong theatrical release of Project Gutenberg. The film lands in Asian theaters on September 30, 2018.

Check out the teaser trailer for Project Gutenberg, below. 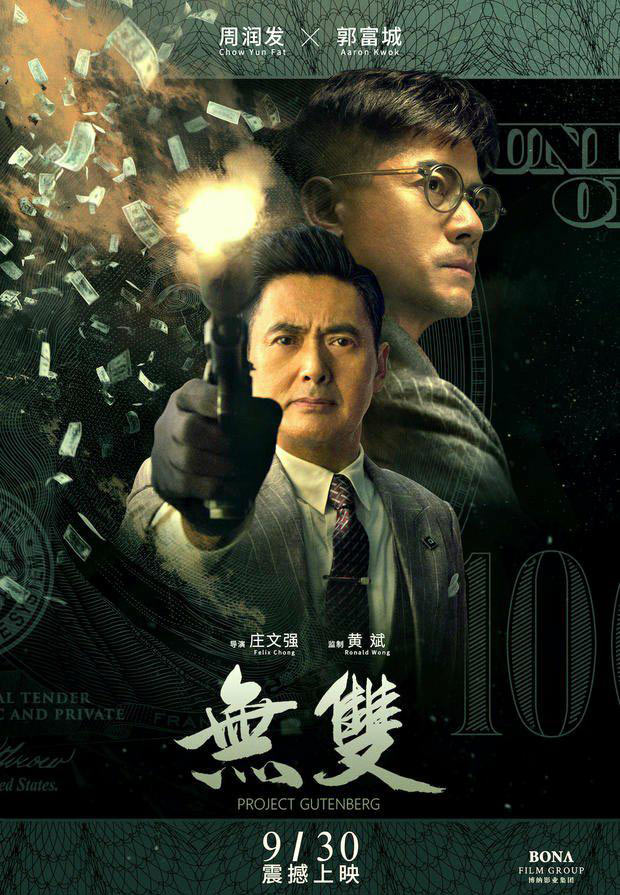