Gas Money Pictures, the studio behind the horror thriller The Campus, has revealed the trailer and still images from the new film. Starring Rachel Amanda Bryant, the film was written and directed by Jason Horton.

In The Campus, Robert dies after breaking a deal with the Devil, bringing his daughter Morgan home for his burial. She arrives with the intent of ripping off the family business but soon finds herself in a never-ending cycle of terror – being brutally murdered then resurrected over and over again – each time losing another piece of her soul.

The Campus, which also stars Britt Sheridan, Robert C. Pullman and Scott Menville, will premiere in Hollywood later this month.

Check out the new trailer and images for The Campus, below. 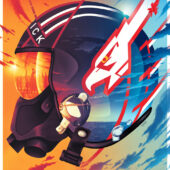