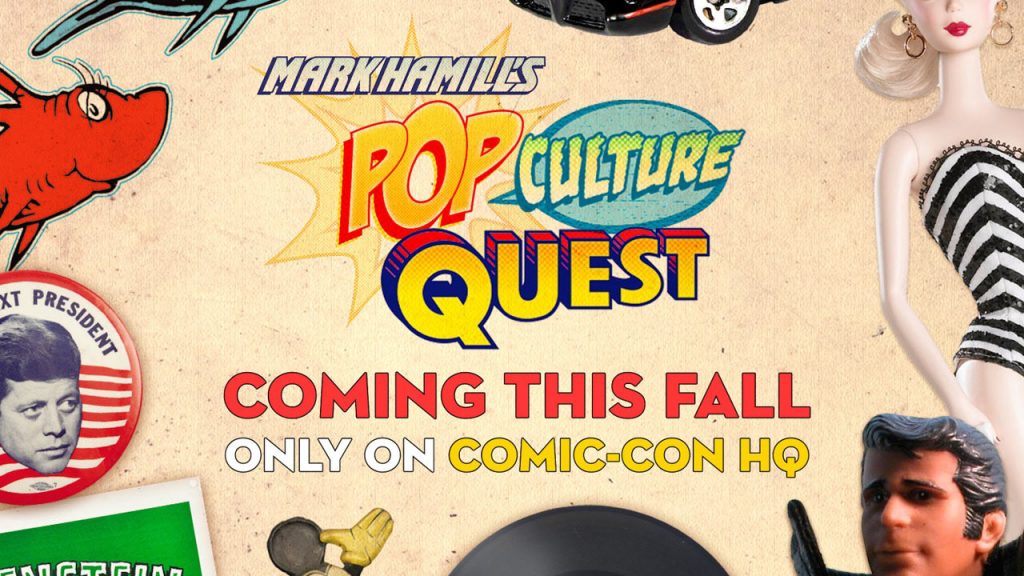 Pop culture icon Mark Hamill, Star Wars’ Luke Skywalker, will bring his encyclopedic knowledge of pop culture and passion for memorabilia to Comic-Con HQ, the new subscription video-on-demand (SVOD) destination that will extend the experience of San Diego Comic-Con into a year-round event.

According to producers of the show, Hamill has been amassing memorabilia, including comic books, toys, lunch boxes, records, puppets, original artwork, and more since the early 1970s. Now with Pop Culture Quest, he will share his appreciation and introduce other interesting collectors and their treasures to the Comic-Con community.

“I’ve been a collector all my life,” said Hamill. “This show is a natural outgrowth of that passion. Now I have an opportunity to collect other people’s collections! I can’t wait to see what’s out there and share it with the world. Collectibles are a living history of who and what we are, so we just might learn something…but there’s no doubt we’re going to have fun!”

Hamill will once again team with his friend and Star Wars: Episode VI – Return of the Jedi producer Howard Kazanjian. Kazanjian was Executive Producer on Raiders of the Lost Ark and served as VP at Lucasfilm during the dramatic expansion of the company in the 1980s. Producer Darren Moorman, whose film Same Kind of Different as Me will be released next year, and longtime collector and vintage show promoter Scott Kinney will round out the producing team as Executive Producers on the series.

More news about Comic-Con HQ launch programming will be announced in the coming weeks. Anyone can register now for a free extended trial on Comic-ConHQ.com via web browsers and mobile device apps. The paid subscription service will officially roll out this summer.