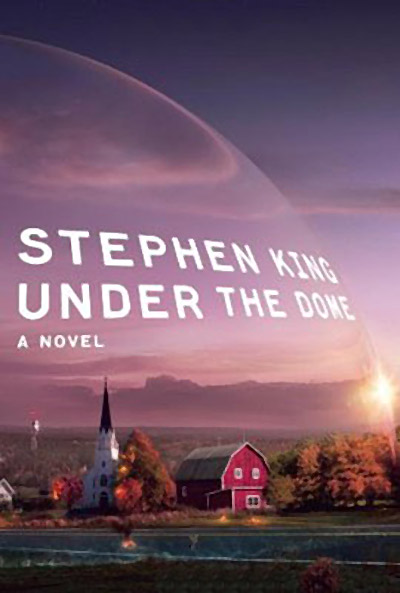 Steven Spielberg and Stephen King are trying to help CBS tackle broadcast TV’s summer problem. The two legends are behind the upcoming 13-episode CBS summer series Under the Dome, which is based on Stephen King’s best-selling thriller about a New England town that becomes sealed off from the rest of the world. It’s a major undertaking, but if it succeeds, Spielberg and King could accomplish what others have failed to do for decades: Launch a big scripted network television during the summer.

Niels Arden Oplev – the director behind the original Girl With the Dragon Tattoo and the upcoming noir thriller Dead Man Down – is attached to direct at least one episode of Under the Dome, according to reports. Comic book writer Brian K. Vaughan (Y: The Last Man) wrote an original teleplay for Under the Dome in 2011, but no word on whether the new series will be based on that original treatment.

There’s also no reports on who will top-line Under the Dome, however CBS is also looking to bring the Poppy Montgomery drama Unforgettable — which was canceled last year — back during the summer, for a second season.

According to reports, CBS isn’t the only network looking to make some noise during the off-season. NBC just picked up the 13-episode series Camp, a dramedy from Liz Heldens (Friday Night Lights) and Peter Elkoff (Gossip Girl) about families at a summer camp. NBC will also include several new unscripted series this summer, in addition to America’s Got Talent, American Ninja Warrior and The Voice. The Peacock’s Hannibal could also wind up in the summer, depending on how well it performs during its midseason debut.

ABC’s also got summer fever, with plans to launch the steamy new drama Mistresses and bring back Rookie Blue. However, Fox is keeping its plans close to the vest, but has hinted at ‘trying some new things’ during the summer months, according to executives.

I’m most excited about Under the Dome, having been a fan of writer Stephen King since I was a child. That said, here’s a synopsis of Under the Dome:

On an entirely normal, beautiful fall day in Chester’s Mill, Maine, the town is inexplicably and suddenly sealed off from the rest of the world by an invisible force field. Planes crash into it and fall from the sky in flaming wreckage, a gardener’s hand is severed as “the dome” comes down on it, people running errands in the neighboring town are divided from their families, and cars explode on impact. No one can fathom what this barrier is, where it came from, and when, or if, it will go away.

Dale Barbara, Iraq vet and now a short-order cook, finds himself teamed with a few intrepid citizens – town newspaper owner Julia Shumway, a physician’s assistant at the hospital, a select-woman, and three brave kids. Against them stands Big Jim Rennie, a politician who will stop at nothing, even murder, to hold the reins of power, and his son, who is keeping a horrible secret in a dark pantry. But their main adversary is the Dome itself. Because time isn’t just short. It’s running out.

Bestselling author Stephen King talks about Under the Dome

Official Book Trailer for Stephen King’s Under the Dome