Representatives from IMAX today announced that A Good Day to Die Hard, the fifth installment in Twentieth Century Fox’s enduring action-thriller series starring Bruce Willis, will be digitally re-mastered into the immersive IMAX format. The film will be released in IMAX theatres internationally beginning February 7th and domestically on February 14th. This marks the first IMAX release for the Die Hard film franchise.

The IMAX release of A Good Day to Die Hard will be digitally re-mastered into the image and sound quality of The IMAX Experience with proprietary IMAX DMR (Digital Re-mastering) technology. The crystal-clear images, coupled with IMAX’s customized theatre geometry and powerful digital audio, create a unique environment that will make audiences feel as if they are in the movie.

In A Good Day to Die Hard, John McClane goes global. For the first time, the New York City cop, played by Bruce Willis, finds himself on an international stage – as a fish out of water in Moscow, Russia. The film introduces McClane’s estranged son Jack, an apple who hasn’t fallen far from the tree, and who may even be more of a hard-ass than his father. John and Jack must put aside their personal and professional differences and work together to keep each other alive, and stop the Moscow underworld from controlling nuclear weapons. 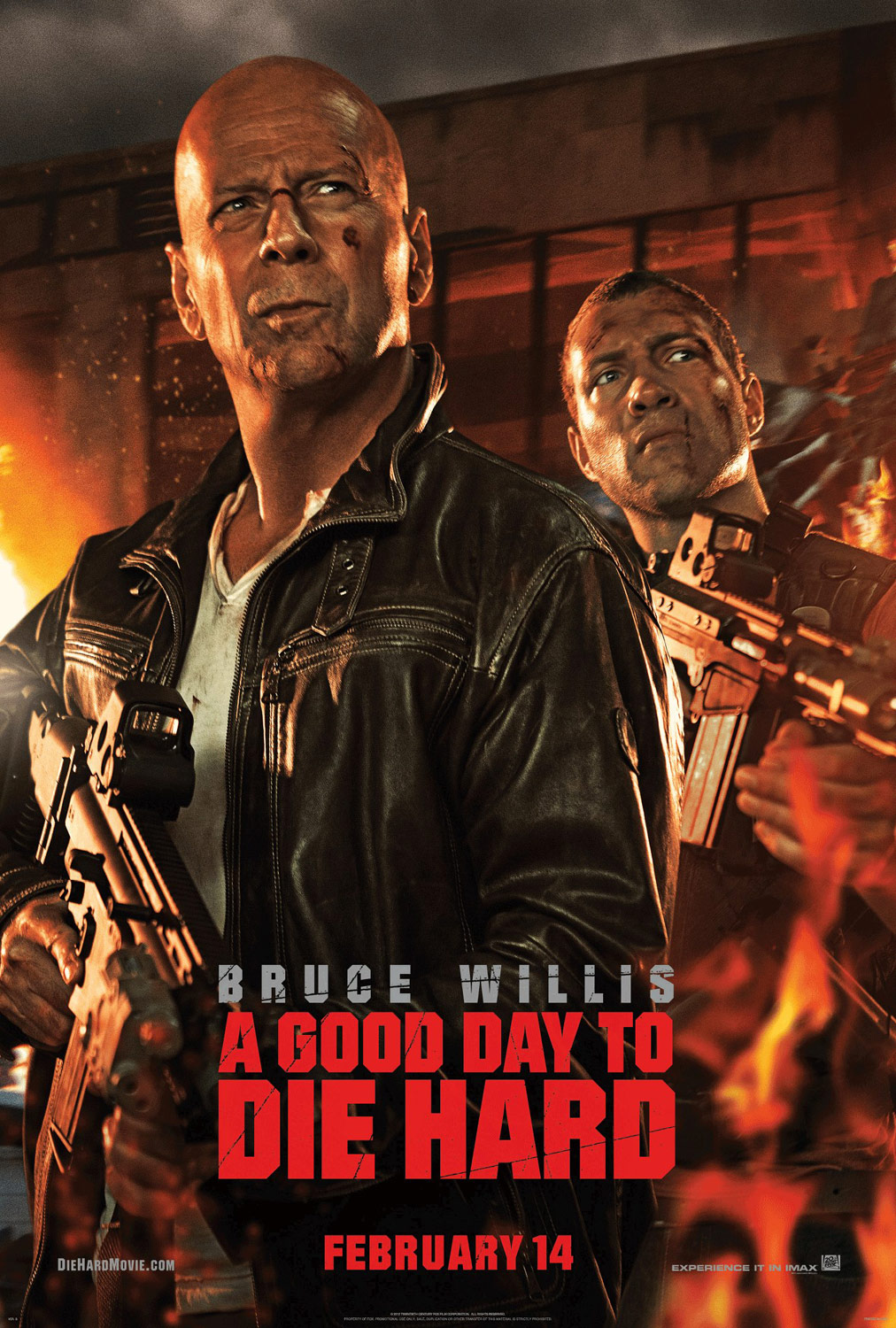