Filmmaker Ward Roberts has revealed the trailer and movie poster for his upcoming release Dust Up, a film that’s being described as a western comedy mixed with horror. Dust Up stars Amber Benson (Buffy the Vampire Slayer), Jeremiah Berkett (The Artist, The Hills Have Eyes), Ezra Buzzington (L.A. Confidential, Homeland) and YouTube star Travis Betz. The film will be releasing on nationwide On-Demand October 2nd, 2012.

Dust Up centers on a one-eyed vigilante with a dark past has vowed to change his ways, trading his machine gun for a yoga mat. But when he encounters a beautiful young mother in deep trouble with a cannibalistic drug lord and his evil goons, he soon realizes that justice must be served. Teamed up with his smooth-talking Native American hipster sidekick, our hero rides into the badass brawl of the century.

Check out the official trailer and poster for Dust Up, below. 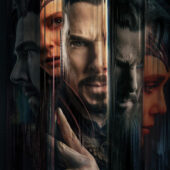 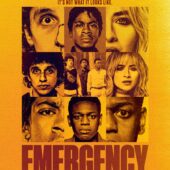