Based on the epic 1972 martial arts cult classic The 14 Amazons, renowned action star & producer Jackie Chan and director Frankie Chan’s (A Warrior’s Tragedy 2) remake, Legendary Amazons, debuts on Blu-ray, DVD and VOD on October 16th from Well Go USA. Cecilia Cheung (Shaolin Soccer), Cheng Pei-Pei (Crouching Tiger Hidden Dragon) and Liu Ziaoqing (Plastic Flowers) star as widowed wives who must lead other widows into battle when the last of a long line of Song generals are killed. Richie Ren (Life Without Principle, Accident) also stars as Yang Zongbao, the last of the Song generals to fall. Bonus materials on the DVD and Blu-ray include trailers, a behind-the-scenes featurette, and an optional English dubbed version of the film.

In Legendary Amazons, Yang Zongbao is the last man standing in the Yang clan, a family of generals who have dedicated their lives to defending the Song Dynasty from foreign invaders. He apparently dies in battle tragically when the treacherous Imperial Tutor Pan refuses to send reinforcements to aid him. Yang Zongbao’s widowed wife Mu Guiying leads the other widows of the Yang clan into battle to continue the legacy of their husbands.

Check out the trailer and the box art for Legendary Amazons, below. 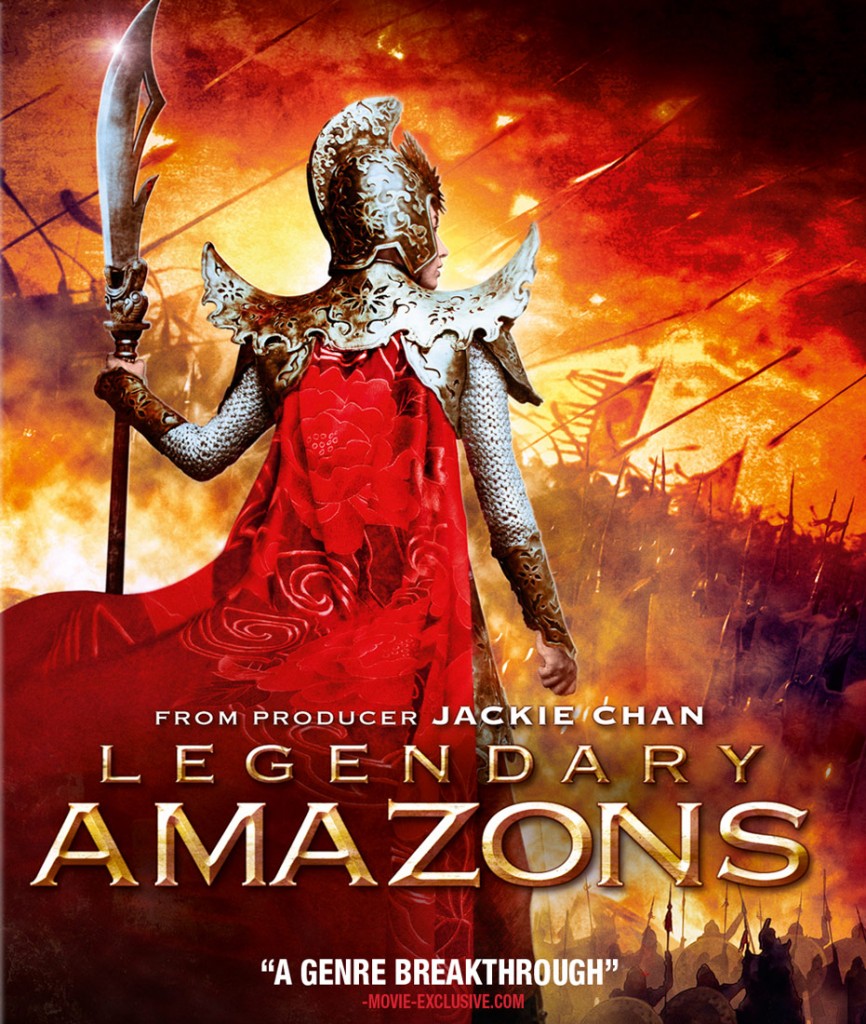