This 1951 photo features the World famous Times Square in New York City at night. In view are a billboard for the MGM epic film Quo Vadis, the Horn & Hardart Automat eatery, a billboard for the RKO Palace Theatre, along with numerous other lit buildings, including The Edison Hotel. 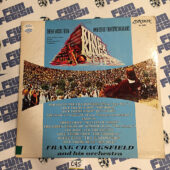 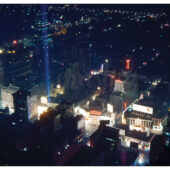 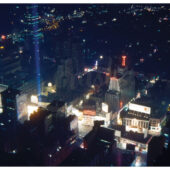