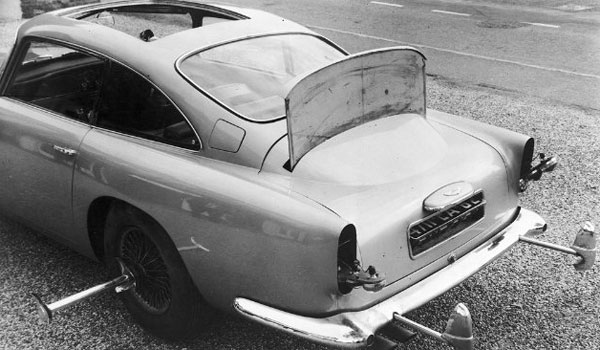 In celebration of James Bond’s Golden Anniversary, MGM, Fox Home Entertainment and EON Productions are bringing 007 to San Diego Comic-Con 2012. Fans will be able to get behind the wheel of one of four famous vehicles featured in classic James Bond movies, with a new vehicle being featured each day of the convention. Also, props from the James Bond archives, representing 50 years of the iconic franchise, will be on display throughout the event.

Using RFID technology, attendees will be able to take a photo with the vehicle and have it instantly uploaded to their social media profile. Each day will feature a different Bond vehicle, so fans can check in at booth #3528 with their RFID bracelets to see what’s new. San Diego Comic-Con 2012 attendees will also be the first to get a sneak peek at the Bond 50 Blu-ray collection, which will be available on September 25, 2012. Fans who pre-order the set on-site at Comic-Con will get an exclusive limited edition Bond 50th anniversary t-shirt. Bond 50 features all 22 classic films on Blu-ray neatly packaged into one cool, sleek collectable box-set. The collection marks the debut of nine James Bond films previously unavailable in high definition Blu-ray and comes with a dossier of more than 122 hours of bonus features.