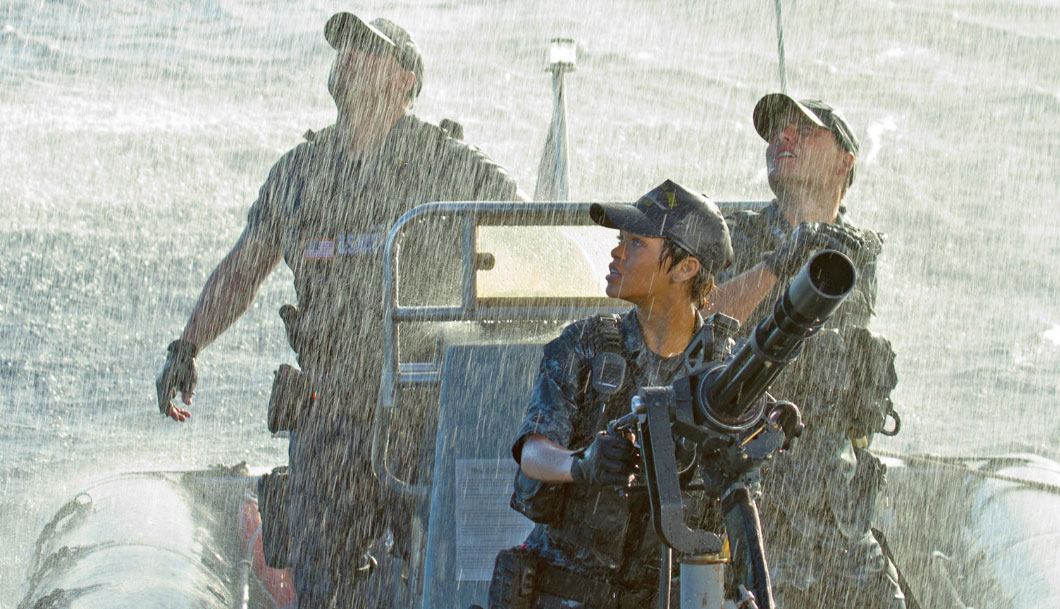 IMAX and Universal Pictures today announced that Battleship will be digitally re-mastered into the immersive IMAX format and released in more than 100 select IMAX theatres internationally, in countries including China and Russia, starting April 12th. The epic-scale action-adventure is directed and produced by Peter Berg and stars Taylor Kitsch, Alexander Skarsgard, Rihanna, Brooklyn Decker, Asano Tadanobu and Liam Neeson.

The IMAX release of Battleship will be digitally re-mastered into the image and sound quality of The IMAX Experience with proprietary IMAX DMR (Digital Re-mastering) technology.

In Battleship, the battle for Earth begins at sea. Peter Berg (Hancock, The Kingdom, Friday Night Lights) directs and produces Battleship, an epic-scale action-adventure that unfolds across the seas, in the skies and over land as our planet fights for survival against a superior force.

Check out the latest trailer for Battleship, below.