Good news for fans of AMC’s The Walking Dead television series. The network has renewed the series for a third season, after its record-breaking second season premiere, according to THR.

The Walking Dead has also spawned a post-show recap series, called Talking Dead, which is hosted by Nerdist’s Chris Hardwick, as well as a board game and line of action figures. Fox International Channels premiered Walking Dead this past weekend on networks in Africa, Europe, Asia, Latin America, and in the Middle East where ratings broke pay TV ratings records worldwide. More than 10 million viewers in 122 countries tuned in to watch the Season 2 premiere.

The show could also be creating a new muse for fan filmmakers, such as the web series Dead Road, which you can find out more about RIGHT HERE. 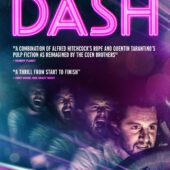