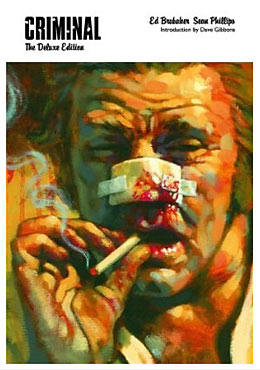 Brubaker and illustrator Sean Phillips’ Criminal series, of which Coward is the first story arc, won an Eisner Award for best new series in 2007. For his work on Captain America, Daredevil and other titles, Brubaker also won top prize of best writer at the Eisner’s for three of the last five years.

The first in a series of six interconnected stories, Coward centers on the character Leo, a master thief and heist planner who lives in a world of hustlers, crooked cops, pickpockets and lowlifes. A sequel to Coward is currently in development, and Hunting Lane has first option on the second in the series, Brubaker told Variety.

“If Ryan Gosling hadn’t already been in Drive, he’d be perfect (for the role of Leo),” Brubaker also said. “It’s a good role for any actor; about a guy who’s afraid to do things because of what’s inside of him. It’s a heist story, partly – it’s a lot of different crime stories wrapped in one, but heist stories are always exciting if they’re pulled off correctly.”

Brubaker recently optioned his graphic novel Incognito to Fox and will co-produce that film project. His run as a writer on Marvel’s Captain America comic was the influence for this summer’s Captain America: First Avenger.