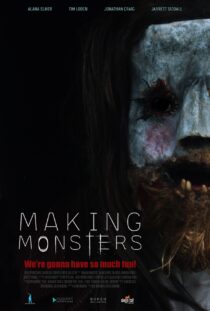 On this night, Youtube stars gather for a fun time, only to find themselves cast in a home-made film of torture! Samuel Goldwyn Films will debut Making Monsters this March 26th across the U.S.

The new trailer for Making Monsters has just been released. The clip shows characters subjected to stalking and scares as character David (Jonathan Craig) looks for his latest video to go viral. Changing his appearance, David leaves Christian (Tim Loden) and Allison (Alana Elmer) in stitches. But, the night soon takes a deadly turn. Now, there is no escape with these dinner guests trapped inside one man’s horrifying plot.