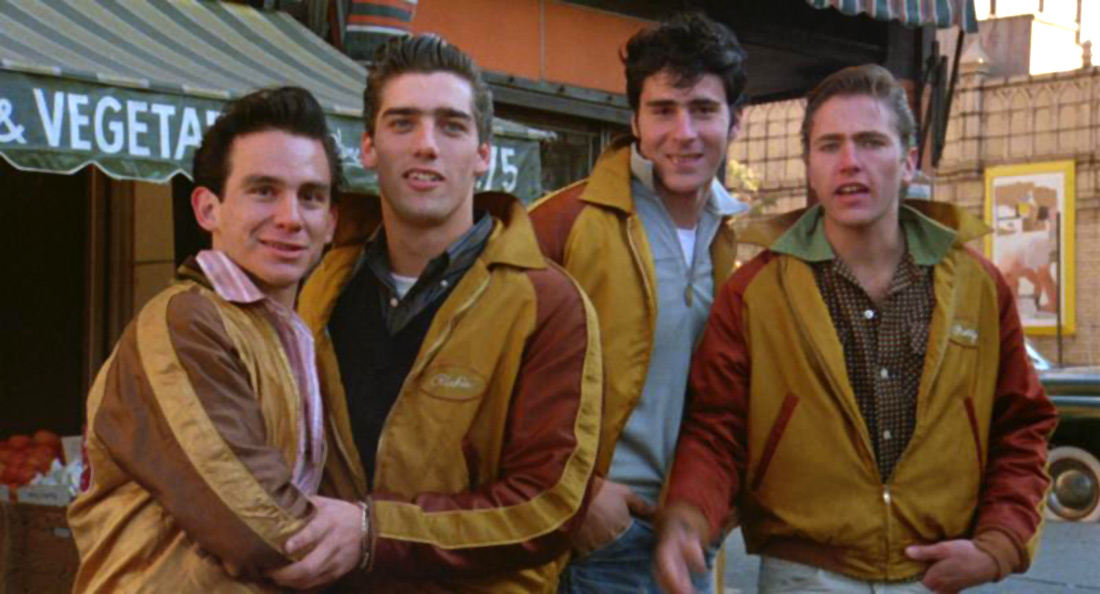 Based on the acclaimed first novel by Richard Price (The Night Of), Kaufman’s The Wanderers follows the exploits of the titular Italian-American gang from the Bronx in 1963, just before America underwent profound change. Part comedy and part drama, the film is an evocative and thrilling look back at a different time.

The Wanderers was adapted and directed by Oscar-nominee Philip Kaufman, whose career spans 13 films and more than 50 years, including Invasion of the Body Snatchers, The Right Stuff, The Unbearable Lightness of Being and Henry & June.

The idea to make a film from Price’s novel began when the book was brought to Kaufman’s attention by his son. Kaufman was struck by the book’s colorful characters and sense of time and place in depicting early ’60s New York, and, with his wife Rose, immediately began turning it into a screenplay.

“It was a dream of a time that was no more, a remembrance of a teenage urban yore, an idyll filled with angst, haunted by music seared into the brain. And it was written with a fast-beating heart and oozing glandular secretions; it was painful, scary, tragic, and funny as hell,” recalled Kaufman.

Despite resistance from the studios in getting the film produced, Kaufman persevered, re-writing the script and striving to capture the larger-than-life characters and vivid sense of period detail that Price had conveyed so well in his book. Kaufman successfully created a film of striking visual style and period texture, which was achieved with a talented production team including cinematographer Michael Chapman (Taxi Driver, Raging Bull), costume designer Robert De Mora, and production designer John Jay Moore.

Although not initially a success at the box office, over the years The Wanderers has gone on to achieve worldwide acclaim and enduring status as a cult classic, including a fan club that meets each year during the Telluride Film Festival, wearing replica Wanderers jackets, singing along with the film’s Oldies soundtrack and reciting all of the dialogue.

Kino Lorber brings The Wanderers back to theaters in this new 2K restoration for a new generation of audiences, and looking better than ever before for long-time fans.

Check out the official re-release trailer for The Wanderers, below.

Here’s the current list of cinemas scheduled to screen The Wanderers: