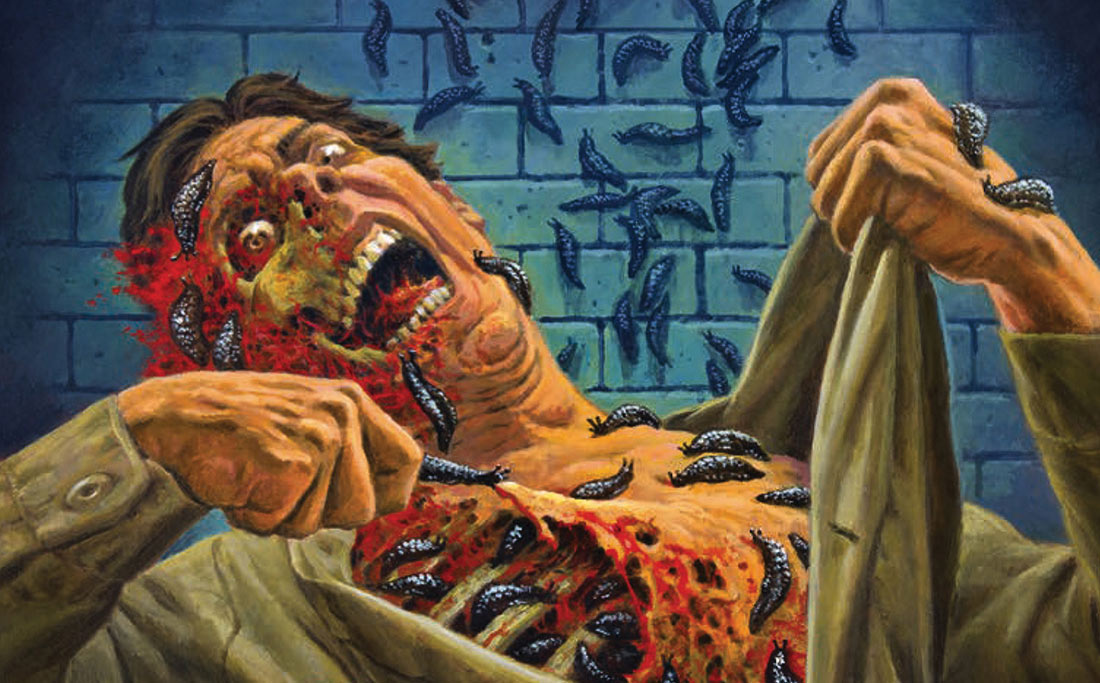 They Slime. They Ooze. They Kill. From celebrated Spanish director Juan Piquer Simon, the man behind the truly demented slasher flick Pieces (1982), comes a terrifying tale of mutant slugs on the rampage in small-town America. The townsfolk of a rural community are dying in strange and gruesome circumstances. Following the trail of horrifically mutilated cadavers, resident health inspector Mike Brady is on the case to piece together the mystery. He soon comes to a terrifying conclusion – giant slugs are breeding in the sewers beneath the town, and they’re making a meal of the locals! Based on the novel by acclaimed British horror author Shaun Hutson, Slugs outdoes its creature feature peers by adding an extra dose of gross-out gore into the equation, culminating in one of the most squirm-inducing animal attack movies ever to slither its way across screens. 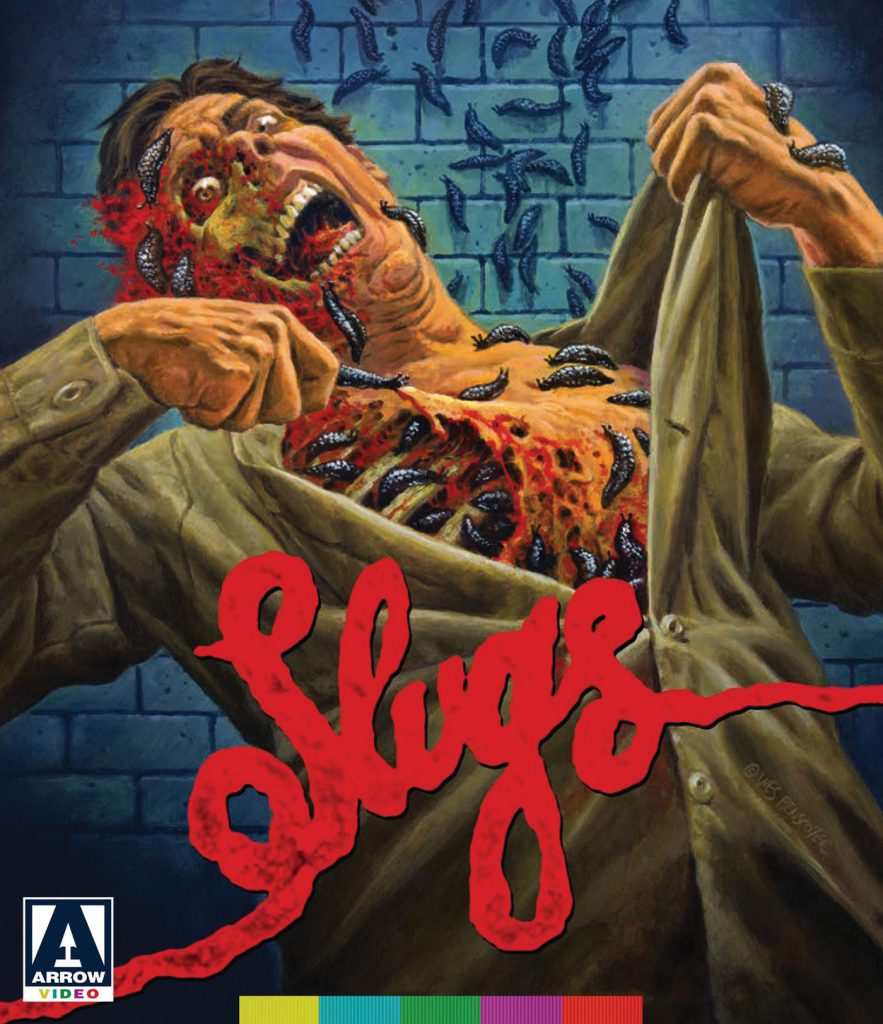