After Dark Films has released the first trailer for Getaway, a gritty action thriller in which former race car driver Brent Magna (Ethan Hawke) is pitted against the clock. Desperately trying to save the life of his kidnapped wife, Brent commandeers a custom Shelby Cobra Mustang, taking it and its unwitting owner (Selena Gomez) on a high-speed race against time, at the command of a mysterious voice who is holding his wife hostage. After Dark Films CEO Courtney Solomon directed Getaway, which hits theaters on August 30th, 2013.

Check out the first trailer for the Ethan Hawke and Selena Gomez film Getaway, below. 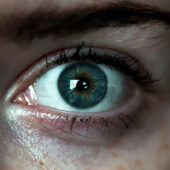