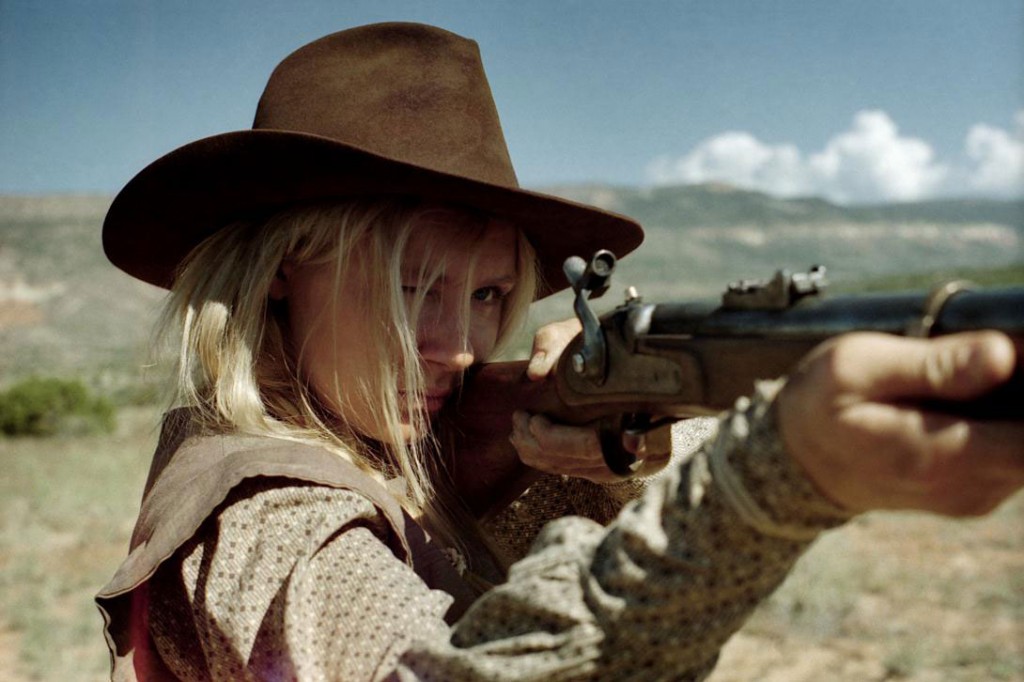 Williamsburg, Brooklyn bar and screening room Videology, located at 308 Bedford Avenue, will be running a dawn till dusk Western marathon including five films which served as Moshe’s inspiration, culminating in an advance screening of Dead Man’s Burden.

“When I set out to make Dead Man’s Burden it was incredibly important to me to respect and embrace the Western genre’s rich history,” Moshé said. “These were the films that I looked to for inspiration; the films I shared with my cast and crew; and I’m excited to share them with the audience at Videology.”

Starting at 12 noon, the marathon will kick off with John Ford’s The Searchers, followed by Once Upon A Time in the West, Shane, Winchester ’73, before an advance screening of Dead Man’s Burden at 9pm, and then rounding off the evening with an 11pm show of Clint Eastwood’s Best Picture winner Unforgiven. Full schedule is below:

Any patrons who sit through the entire Western marathon will receive a DVD prize package from Cinedigm and New Video.

The year is 1870, and a fragmented America still strains to pick up the pieces from a savage Civil War. Martha (exciting newcomer Clare Bowen) and her husband Heck (David Call, Tiny Furniture) are living on a homestead that Martha’s father purchased on the rural New Mexico frontier, and struggle to make ends meet. When a mining company expresses interest in buying their land, Martha and Heck see their ticket to a better life.

Their hopeful plans are soon complicated when Martha’s oldest brother Wade (Barlow Jacobs, Shotgun Stories)—whom she had thought killed during the war —returns to the family homestead after learning of their father’s death. A defector to the Union Army, Wade soon discovers that Martha is hiding secrets of her own. As the two siblings become reacquainted, torn between a desire to reconcile with the only family they have left and their clashing convictions, tension and suspicion continue to mount. Filmed on location in the rugged high desert of northern New Mexico, Dead Man’s Burden, shot in the style of a classic western, marks Jared Moshé’s directorial debut.