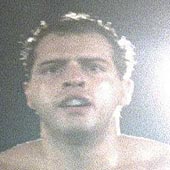 Tabcum Entertainment is set to release the boxing action/thriller Knockdown in select theaters, on June 8th. Knockdown stars Casey T. Evans, Tom Arnold and Bai Ling, and was directed by Todd Bellanca. The film is coming off of a strong festival run, having won Best Feature at the Beverly Hills Film Festival, SOHO Int’l Film Festival, and SENE.

Knockdown centers on Jack “The Ripper” Stemmons (Casey T. Evans), whose boxing career is destroyed by a bookie (Tom Arnold) who fixes the fight of his life. After he attacks the bookie in revenge, the boxer must escape and ends up in Bangkok under the spell of a prostitute (Bai Ling) who is part of a scheme to force Stemmons into the city’s notorious underground fight clubs.

Knockdown star Casey T. Evans is a boxer in real life and fought his last pro (WBC) fight specifically for this film, and gained a record 97 pounds for the role. The film’s distributor, Arc Entertainment, also worked with the movies Ironclad and Bunraku previously.

Check out an exclusive gallery of images from Knockdown, below.