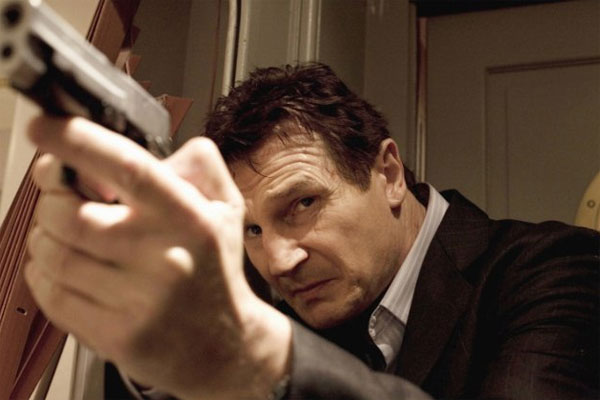 Liam Neeson has his hands full right now with giant CG wolves in Joe Carnahan’s The Grey. But the actor has a string of high-profile action projects in post-production, and among them is an as-yet-untitled sequel to the Luc Besson-produced action thriller Taken.

What I know about Taken 2 is that it takes place in Istanbul, where retired CIA operative Bryan Mills (Liam Neeson) and his wife are taken hostage by the father of a kidnapper Mills killed while rescuing his daughter (Maggie Grace) in the first film.

Olivier Megaton, who did a bang up job on Colombiana, is helming the new thriller, working from a screenplay by Europa Corp. partners Luc Besson and Robert Mark Kamen. The film is currently shooting in Istanbul, Turkey.

Along with Liam Neeson returning to the role of former CIA operative Bryan Mills, Maggie Grace returns as his daughter Kim, and Famke Janssen returns as ex-wife Lenore. Also starring in the Untitled Taken Sequel is Rade Serbedzija, Leland Orser and Luke Grimes.

The Untitled Taken Sequel is scheduled to be released in the U.S. by 20th Century Fox on October 5, 2012.

As I said, the actor has a bunch of exciting films on deck. Neeson will also be returning to the role of Ra’s Al Ghul in this summer’s The Dark Knight Rises (July 20, 2012). He’ll play the ball-busting Admiral Shane in Battleship, alongside Rihanna, Taylor Kitsch and Brooklyn Decker (May 18, 2012). And Neeson will also return to the role of Zeus in the sequel Wrath of the Titans (March 30, 2012).