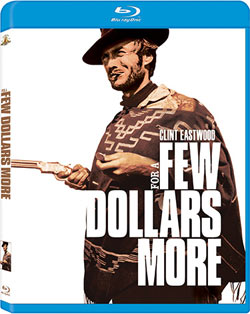 For A Few Dollars, the second in the “Man With No Name” trilogy, stars Clint Eastwood as a keen-eyed, quick-witted bounty hunter on the bloody trail of Indio (Gian Maria Volont), the territory’s most treacherous bandit. But his ruthless rival, Colonel Douglas Mortimer (Lee Van Cleef), is determined to bring Indio in first – dead or alive. Failing to capture their prey, or kill each other, the two reluctantly join forces, or face certain death at the hands of Indio and his band of murderous outlaws.

Both Eastwood and Van Cleef are given motivations for their raw and violent tendencies. Here there is a maturity in Leone’s hallmarks with tense and tight close-up shots, long and extended pauses, as well as thick silences, all of which have since been placed into the standard spaghetti Western dictionary, along with Ennio Morricone’s poignant musical score, which has been endlessly imitated and parodied. 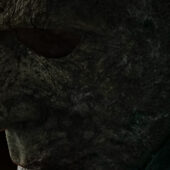