Valkyrie tells the heroic true story of several German military officers that wholly rejected the ideals of Adolf Hitler and, in an effort to end his assault on German culture, attempt to assassinate him for the greater good of their country. They form a secret alliance with the purpose of removing Hitler from power, understanding the consequences of failure, but willing to die for what they believed was right. 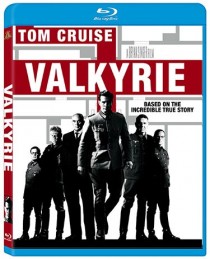 Bryan Singer, director of The Usual Suspects and X-Men, crafts a brilliant war epic, based on the incredible true story of Colonel Claus von Stauffenberg (Tom Cruise) and the assassination plot that takes shape as allied forces rapidly approach Nazi Germany. Colonel von Stauffenberg is recruited into the plan following an incident in Northern Africa that results in the loss of his left eye and right hand.

Distressed at the loss of German lives under Hitler’s belligerent rule, Stauffenburg facilitates a plan that involves the staging of a coup under the guise of Hitler’s Valkyrie ordinance, which is a directive that immediately dispatches the Reserve Army in Germany, should anything disrupt communication from central command, or should the dictator be killed. Stauffenberg rewrites the order to exclude the SS from taking control, which would leave the head of the Reserve Army, General Fromm (Tom Wilkinson), in charge of Germany. Fromm rejects the plan, but keeps quiet, choosing to neither support the dissenters nor report them to the authorities.

Riveting tension, excellent acting and high production value, all meld to create a superior war yarn, although it suffers from a lack of back story and some obvious plot points. Bill Nighy, Tom Wilkinson, Kenneth Branagh and Terence Stamp, all give penetrating performances, that also help elevate Valkyrie far beyond average.