In the 25th century, a rampaging virus has forced the remnants of humanity into the seclusion of a final city surrounded by a disease-proof bubble. There is great political conflict within, however, and this is the story of an acrobatic assassin, Aeon Flux, whose latest target is the government’s top leader.

Aeon Flux is a mysterious and amoral secret agent from the country of Monica. Her motives or background are left unexplained.

Taglines: The future is Flux.

Film Fetish trivia:
Production was delayed for over a month while Charlize Theron recuperated from a neck injury she sustained while doing a complicated stunt. After the injury, she now puts a "no stunts" clause in her contracts.

Aeon Flux is based on a populare MTV animated show created by Peter Chung, the artist behind the characters of the animation The Chronicles of Riddick: Dark Fury and one of the Animatrix short films called Matriculated.

Aeon Flux was filmed in different parts of Germany, including Berlin, Babelsberg and Potsdam. 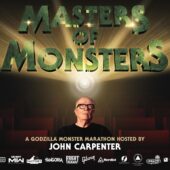