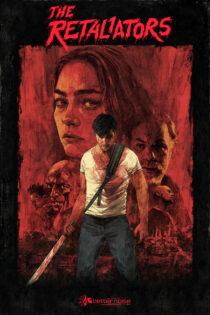 The release comes on the heels of a successful festival tour, including a world premiere at London’s Arrow Video FrightFest and its U.S. premiere at Screamfest. After more than 25 festivals worldwide, The Retaliators has achieved a 100% rating on Rotten Tomatoes.