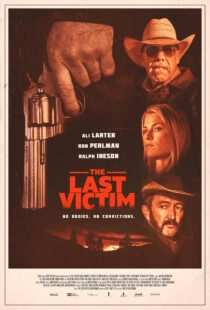 The Last Victim centers on ruthless outlaws, a seasoned sheriff, and an innocent couple caught in the crossfire. The neo-western thriller, described as being full of double-crosses and bloody vengeance, will be released in movie theaters and On Demand starting May 13th.

In this stylized thriller, a group of modern-day outlaws and their terrifying leader are pursued by a local sheriff (Ron Perlman), after committing a horrific crime in a desolate southwest town. When a professor and her husband cross paths with the criminals, everyone is drawn into a spiral of violence and retribution where morality becomes ambiguous, and survival is the only option.