Cleopatra Entertainment is set to release filmmaker Xander Robin’s horror thriller Are We Not Cats on DVD April 10th. Described as a strange but tender story, the movie centers on a man who, after losing his job, his girlfriend, and his apartment in a single day, attempts to restart his life, but is sidetracked when he meets a woman who shares his unorthodox habit – a proclivity for eating hair.

The 2016 film stars Michael Patrick Nicholson, Chelsea Lopez and Michael Godere. Check out the trailer for Are We Not Cats, below. 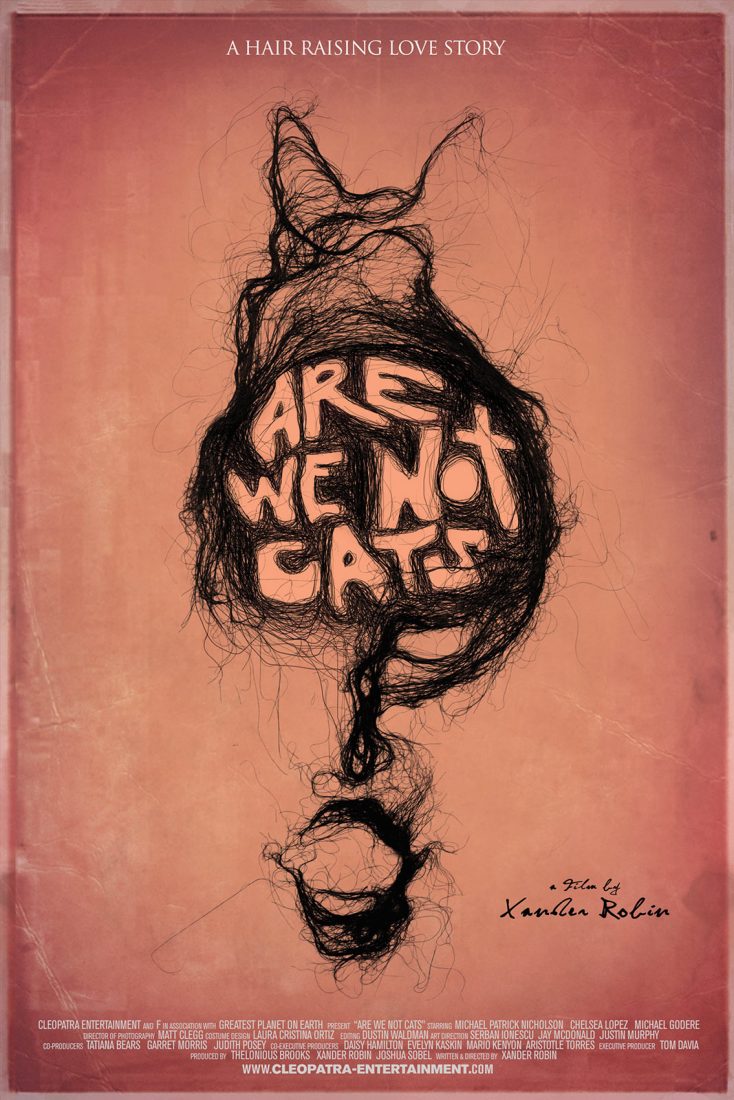