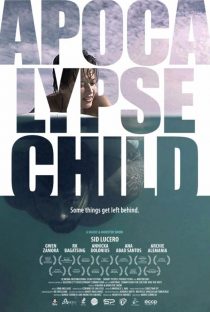 What if all your life you were told that you were the son of the Francis Ford Coppola? Myth and real-life intertwine in Apocalypse Child, a slice-of-life relationship drama from the Philippines, directed by Mario Cornejo and written & produced Monster Jiminez. Straight from an award-winning festival run, the film that the New York Asian Film Festival says is “reminiscent of the golden age of 1990s American Indie Cinema” rolls into the home video on DVD and Digital HD on April 18 from Candy Factory Films.

After Coppola shot Apocalypse Now on the sun-drenched Philippines beaches of Baler, his crew unintentionally transformed the small town into a future surfing destination after a surfboard from the movie set was left behind. Fast forward to today, where Ford (Sid Lucero), a surfing instructor, is content to while away the hours on the azure blue waves and in the arms of his pretty runaway girlfriend (Annicka Dolonius). But there is a restlesslessness about him that is about to unravel. Named after Francis Ford Coppola, he may or may not be the illegitimate son of the Hollywood director. Yet, as his mother petitions the director to acknowledge Ford as his son, Ford seems unfazed, content with his escapist beach bum lifestyle. At least until the return of his childhood best friend, now a local congressman, threatens his dreamlike existence with harsh realities of the past.