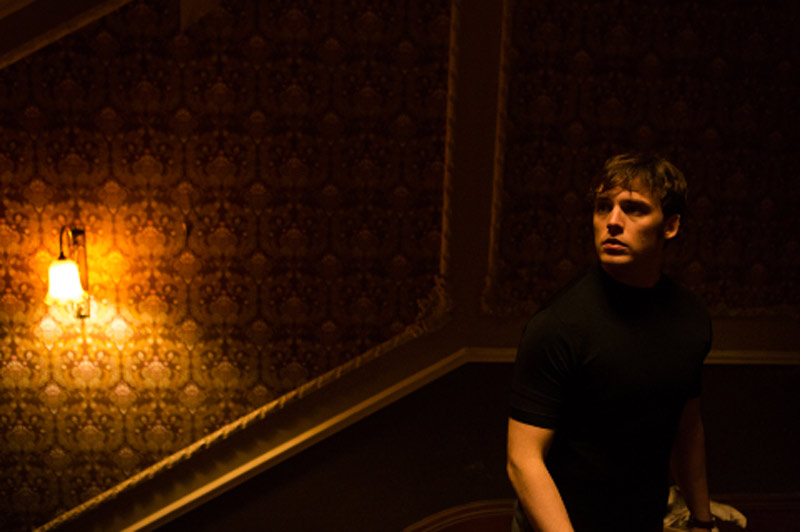 Lionsgate has revealed unnerving new motion posters for their upcoming horror film, The Quiet Ones. From the producer of The Woman In Black and Let Me In comes an unnerving tale of dark forces and unspeakable secrets.

In The Quiet Ones, an experiment on a young girl named Jane Harper leads a Professor and his team of students to uncover powers more terrifying than they could ever have imagined. Inspired by true events, The Quiet Ones stars Jared Harris, Sam Claflin, Erin Richards, Rory Fleck-Byrne and Olivia Cooke. Check out the latest horror from Hammer Films in theaters on April 25th, 2014.

From the producer who brought you The Woman In Black and Let Me In comes the unnerving tale of The Quiet Ones. Tucked away in an estate outside of London, Professor Coupland along with a team of university students conduct an “experiment” on Jane Harper, a young girl who harbors unspeakable secrets. What dark forces they uncover are more terrifying than any of them expected. Inspired by true events, the film stars Jared Harris (Mad Men and Sherlock Homes: A Game of Shadows), Sam Claflin (The Hunger Games: Catching Fire), Olivia Cooke (Bates Motel), and is directed by John Pogue from a screenplay by Craig Rosenberg and Oren Moverman and John Pogue, and based on a screenplay by Tom de Ville. Lionsgate presents and Exclusive Media presents in association with Traveling Picture Show Company a Hammer Films production in association with Midfield Films.