To celebrate the release of Grabbers, Film Fetish is giving away 2 copies of the film on DVD. In order to have a chance to win a free copy of Grabbers:

“LIKE” this posting using the Facebook button above the text ON THIS PAGE, PLUS make sure you’ve “LIKED” our Facebook page at Facebook.com/filmfetish. Lastly, post the following on our Facebook Timeline: “I just entered the Grabbers Blu-ray Contest @filmfetish #filmfetish.” Your entries will not be accepted if you do not follow these instructions and please note that we check profiles to assure fairness. So please do not create multiple profiles or “contest” profiles in order to enter.

I’ll be running the Grabbers contest through Friday, November 29th, 2013.

On Erin Island, an idyllic fishing village off the coast of Ireland, charming inebriate Ciaran O’Shea (Richard Coyle,
Pusher, Coupling) is tasked with showing strait-laced police officer Lisa Nolan (Ruth Bradley, Primeval, In Her Skin) her new beat. Not that there’s much to police, as most of the community’s troubles are caused by O’Shea himself. But strange doings are afoot: The crew of a fishing boat disappears, dead whales wash up on the shore, and a local lobsterman catches a mysterious tentacled creature in his trap.

Soon it becomes clear to O’Shea and Nolan that some unnatural creatures are out there, and that they’re hungry. But it turns out the alien monsters terrorizing the town are allergic to human blood with high alcohol content. So it’s time to rally the villagers, arm the troops – and head to the pub! Grabbers, an IFC Midnight theatrical release and an Official Selection at the 2012 Sundance Film Festival, was called “perfect midnight movie fare” by IGN’s Chris Tilly. Director Jon Wright (Tormented) gives the film “the gleeful mischief of a gremlin trashing a plane engine,” said NPR’s Ian Buckwalter. Matt Glasby of Total Film called it a “bright, breezy Irish monster mash boasting gorgeous cinematography, appealing performances and great SFX.” 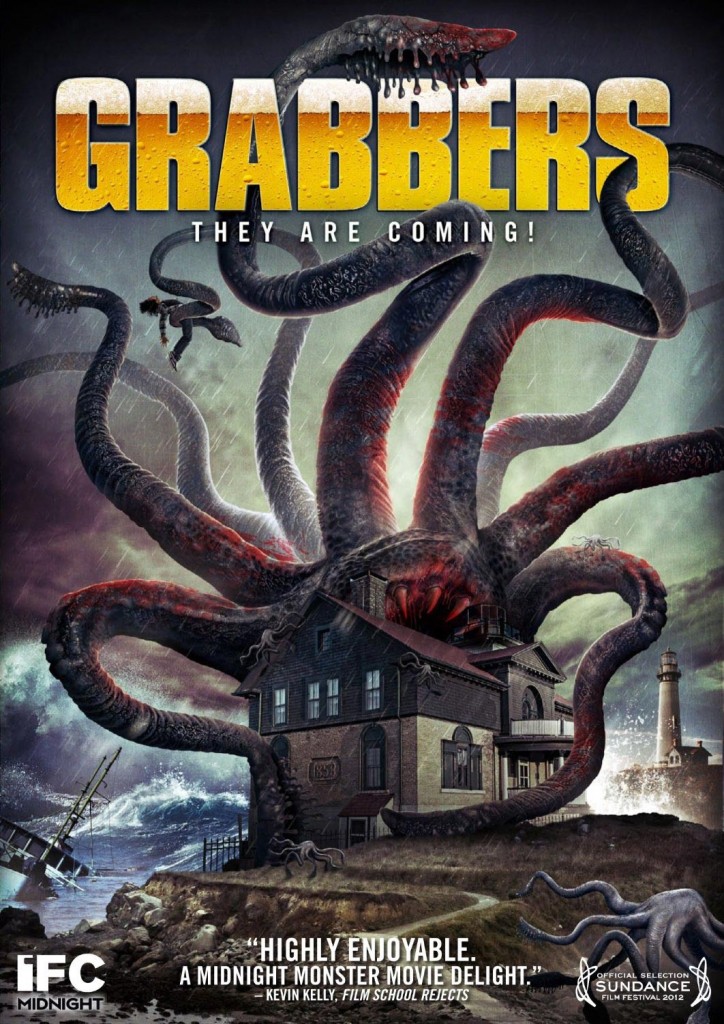