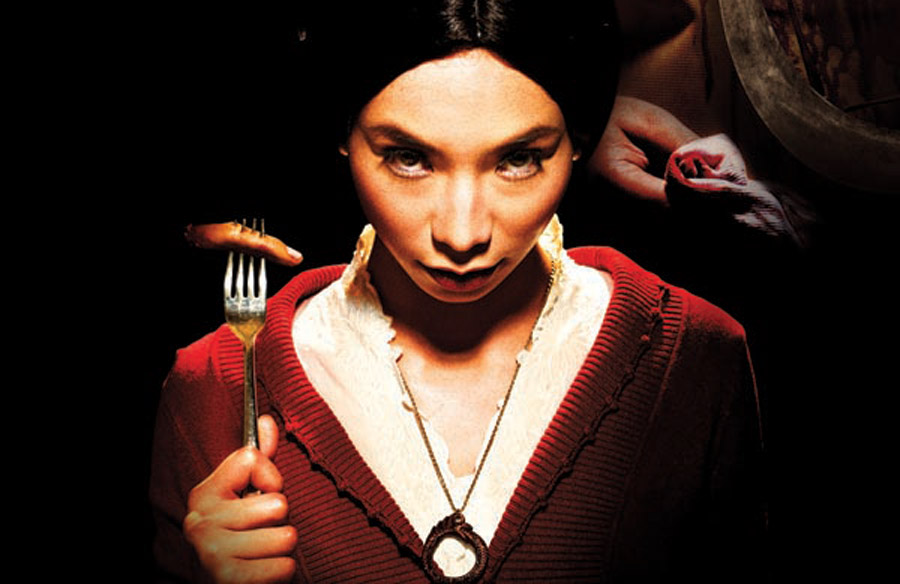 To celebrate the release, Film Fetish is giving away 2 copies of Macabre on DVD. In order to have a chance to win a free copy of Macabre:

“LIKE” this posting using the Facebook button above the text ON THIS PAGE, PLUS make sure you’ve “LIKED” our Facebook page at Facebook.com/filmfetish. Lastly, post the names of your top 3 non-U.S. horror movies on our Facebook Timeline and make sure to mention “I just entered the Macabre DVD Contest @filmfetish #filmfetish” in your post. Your entries will not be accepted if you do not follow these instructions and please note that we check profiles to assure fairness. So please do not create multiple profiles or “contest” profiles in order to enter.

I’ll be running the Macabre contest through Friday, November 29th, 2013.

The Collective, a leading entertainment management and production company, and top horror website Bloody-Disgusting.com premiered Kimo Stamboel & Timo Tjahjanto’s blood-soaked horror film Macabre on Friday, November 1st. Known as The Mo Brothers, the duo has been generating buzz in the world of horror with their upcoming movie Killers. In addition, their involvement with V/H/S/2’s “Safe Haven” segment has been making critics take notice and leaving their fans wanting to see their earlier work.

Macabre premiered on Bloody-Disgusting.com as the latest installment of “Bloody Disgusting Selects: Movie of the Month” series that launched earlier this summer.

Macabre follows a group of friends whose act of kindness in helping a total stranger leads to a horrific night of terror. Originally released overseas as Darah, the Indonesian language film was considered too bloody and violent for U.S. theatrical release. “We wanted to give fans a chance to see the movie. And with Bloody-Disgusting’s base of hard core horror fans, it seemed like the right fit to get this movie in front of an online audience for free,” says Gary Binkow, Partner at The Collective. Brad Miska, editor-in-chief of Bloody-Disgusting.com, adds, “The Mo Brothers are bringing a fresh new twist to the genre, and we’re excited to be able to bring their earlier work to fans. It’s important to support indie horror.”

For hardcore horror fans, The Collective is also releasing a limited edition DVD of Macabre which will include a 12-minute “Making of” bonus feature along with several Deleted Scenes. Street date for the DVD is November 5th, and it will be sold exclusively online through Amazon.

When a group of friends traveling through the countryside stops to help a young woman, they cannot imagine the nightmare this act of kindness will soon unleash.   After accepting an invitation to dinner from Dara, the rescued woman’s mother, the night turns into a crimson-hell for the six friends. Trapped in an isolated home in the woods, the friends find themselves hunted down by Dara and her cult-like family of three deadly protégés—each born and raised to systematically eliminate unsuspecting passers-by for one nefarious reason.

Check out some images from Macabre, below. 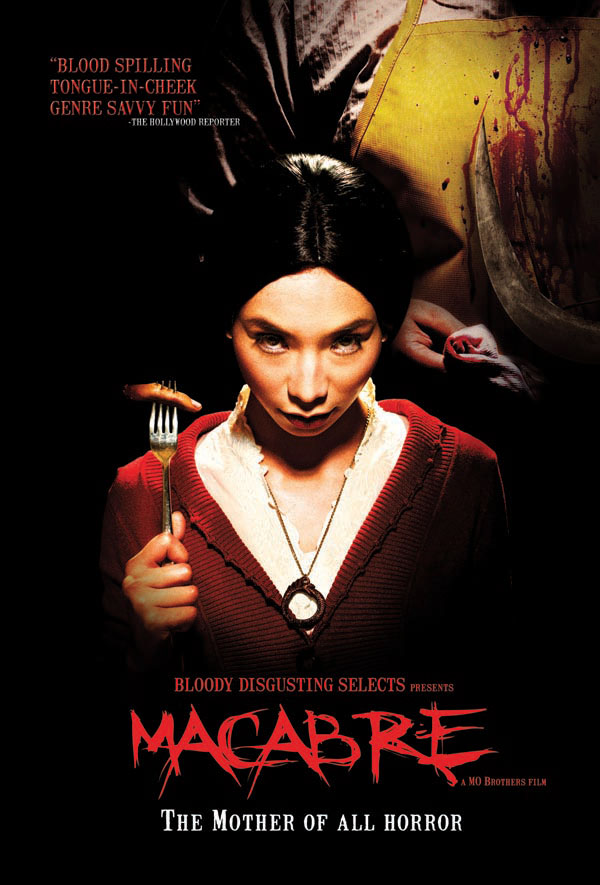 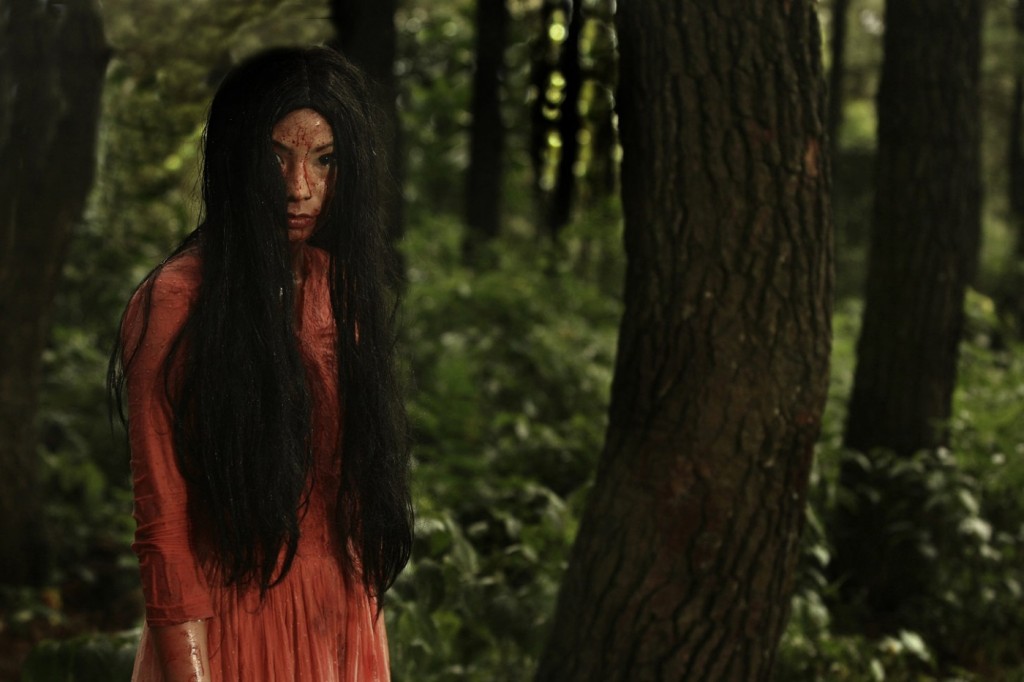 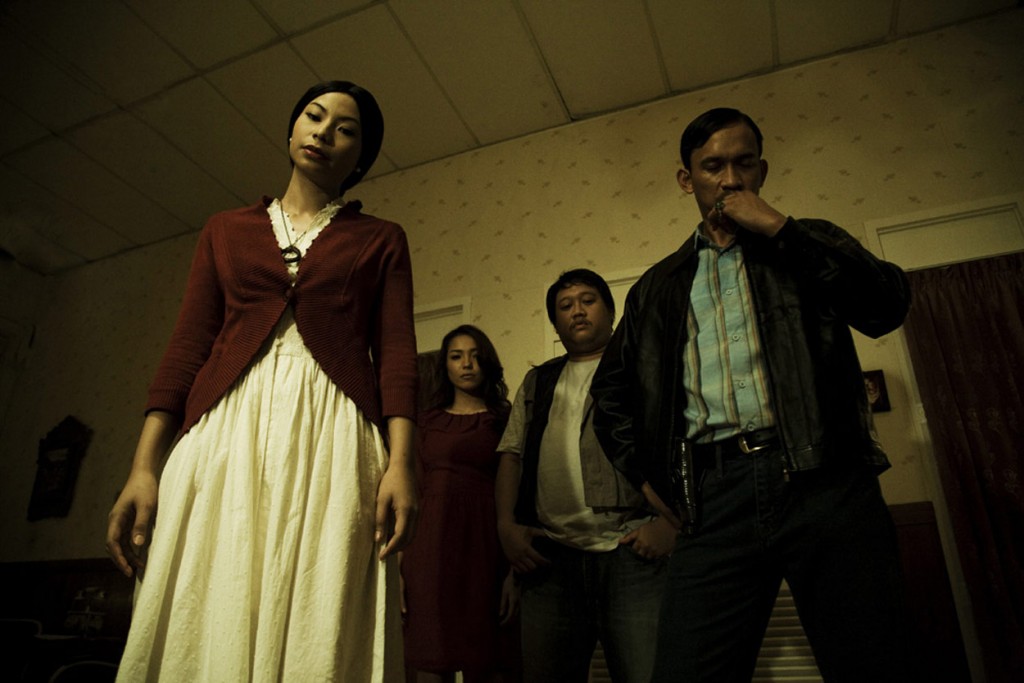