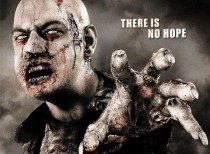 As The Walking Dead and World War Z continue to feed the insatiable taste for ZOMBIES, Uwe Boll brings audiences a new ZOMBIE armageddon from the makers of the celebrated Italian Zombie film, Eaters – Zombie Massacre. Next week, on Tuesday, August 6th, E One Entertainment will release this new zombie plague and to celebrate the sickness, Film Fetish is giving away 2 copies of Zombie Massacre on Blu-ray.

In order to have a chance to win a free copy of Zombie Massacre on Blu-ray:

“Like” this posting using the Facebook link above, PLUS make sure you’ve “Liked” our Official Facebook page at Facebook.com/filmfetish. Lastly, post the names of 3 of your favorite zombie films on our Timeline and make sure to mention “I just entered the Zombie Massacre Blu-ray Contest!” Your entries will not be accepted if you do not follow these instructions and please note that we check profiles to assure fairness. So please do not create multiple profiles or “contest” profiles in order to enter.

I’ll be running the Zombie Massacre on Blu-ray contest through Friday, August 23rd, 2013.

A bacteriological weapon developed by the U.S. Government to create an army of super soldiers spreads an epidemic, turning the citizens of a quiet Eastern European town into mutated zombies. All citizens have become infected. In order to conceal the outbreak, a plan is hatched to detonate an atomic bomb inside the local nuclear power plant and pretend that a terrible accident occurred. No one has to know the truth. But when a team of mercenaries is put together to carry out the mission, they must first wage war against the horde of monsters in order to succeed. Who will survive in this Zombie Massacre, presented by Uwe Boll (In The Name of the King, Bloodrayne) and from Marco Ristori and Luca Boni, the directors of Eaters.

Check out a gallery of images from Zombie Massacre, below. 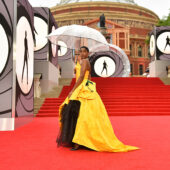