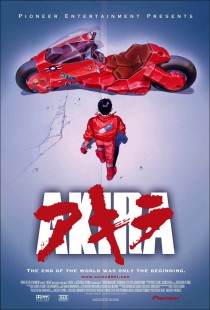 Variety reports that filmmaker Jaume Collet-Serra is in talks with Warner Bros. to return to the Akira directors chair for the studio. Collet-Serra left in early 2012 after production on the project stalled.

According to the report, in early 2012, the studio shut down pre-production for script rewrites and budgetary concerns. At the time, Collet-Serra was in high demand after his success from the Liam Neeson action thriller Unknown, so he left the Akira adaptation to pursue other projects. He ultimately landed another Neeson film, Non Stop, which hits theaters next February.

Warner Bros. looked at other directors, including Catfish filmmakers Henry Joost and Ariel Schulman, but ultimately, the studio loved Collet-Serra’s vision. Now the director has time in his schedule and a new way to appraoch the project that will address the studio’s budget concerns.

Collet-Serra is currently in pre-production on the crime film Run All Night, again with Liam Neeson, along with Joel Kinnaman and Ed Harris. If everything goes well, he’ll work on Akira afterwards, in the spring of 2014, with a yet-to-be-determined budget.

Warner Bros. nabbed the rights to Akira from Japanese manga publisher Kodansha in 2008. The cyberpunk sci-fi epic is set in New Manhattan and follows the leader of a biker gang who must save his friend, discovered with potentially destructive psychokinetic abilities, from government medical experiments.

Actor Leonardo DiCaprio and Jennifer Davisson Killoran are producing Akira with Mad Chance’s Andrew Lazar. Katsuhiro Otomo, who wrote and directed the cult classic 1988 Japanese anime version of the manga, will executive produce. Garrett Hedlund was originally attached to star in the film, but it is unknown if his schedule will still accommodate the production.