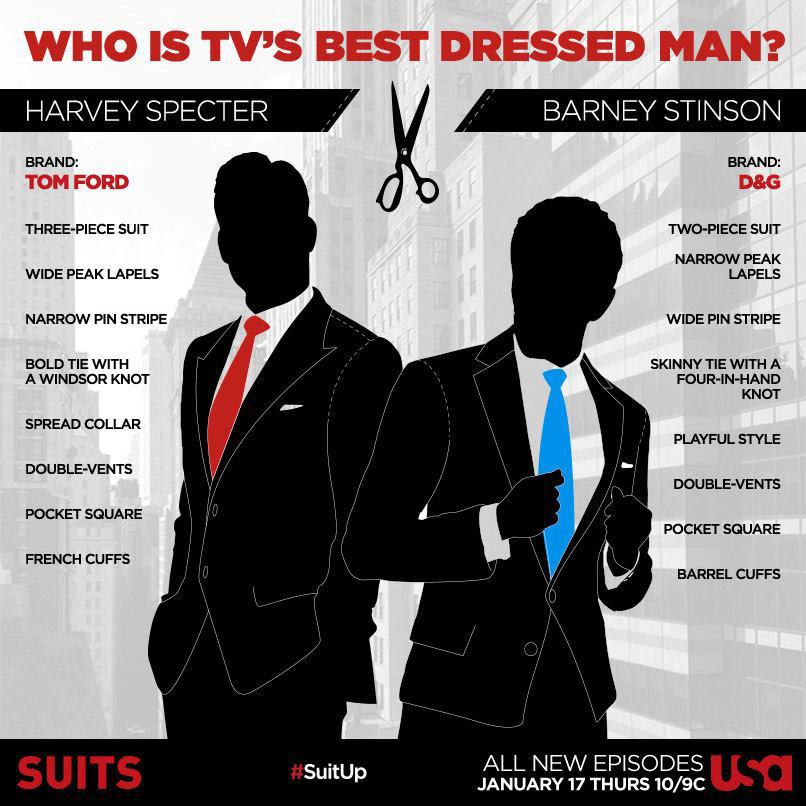 What would you give for the number to Harvey Specter’s tailor? Share this graphic if you think Pearson Hardman’s most stylish Senior Partner rivals Barney Stinson and Suit Up for the premiere, January 17th at 10/9c.

One of Manhattan’s top corporate lawyers (Gabriel Macht) sets out to recruit a new hotshot associate and hires the only guy that impresses him – a brilliant but unmotivated college dropout (Patrick J. Adams). Though he isn’t actually a lawyer, this legal prodigy has the book smarts of a Harvard law grad and the street smarts of a hustler. However, in order to serve justice and save their jobs, both these unconventional thinkers must continue the charade.