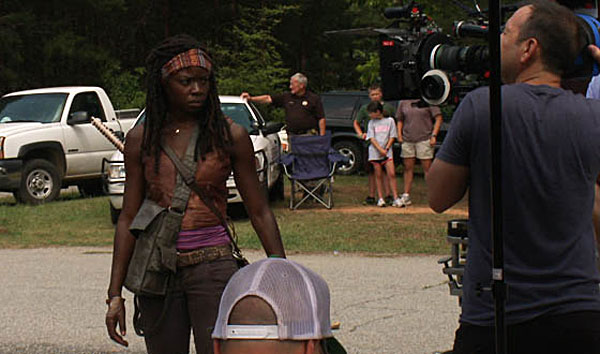 Fans of The Walking Dead comic know that the katana-wielding Michonne is an expert zombie slayer. So to step into her shoes, actress Danai Gurira had her work cut out for her. In the new behind-the-scenes video below, Gurira describes the sword training she went through in Los Angeles to become as “economical, effective and efficient” a killer as her comic Michonne counterpart.

The Walking Dead returns to AMC television on Sunday, October 14th at 9PM/8PM Central Time. Just ahead of the Sunday premiere, on Saturday, October 13th, Danai Gurira, Norman Reedus, Michael Rooker, Glen Mazzara, Gale Anne Hurd, David Morrissey, Andrew Lincoln and Chandler Riggs will host a panel to celebrate the return of The Walking Dead, and premiere exclusive clips from the new season of the show.

Check out the video now to see Danai Gurira in action and See all of our coverage for this year’s New York Comic-Con RIGHT HERE.