I received both of these posters a few days ago, and just realized how close they were to one another. According to impawards, The Apparition movie poster was created by design firm The Refinery and The Possession movie poster was crafted by Ignition Print. Not sure what this means, or whether it’s pure coincidence (which it probably is), but I just thought they should be presented together. The story lines both deal with some type of inner demon, but other that, this just looks like a case of timing. Especially since there have been similar hand-on-face-themed posters in the recent past.

The Possession apparently based on a true story and tells the story of how one family must unite in order to survive the wrath of an unspeakable evil. Clyde (Jeffrey Dean Morgan) and Stephanie Brenek (Kyra Sedgwick) see little cause for alarm when their youngest daughter Em becomes oddly obsessed with an antique wooden box she purchased at a yard sale. But as Em’s behavior becomes increasingly erratic, the couple fears the presence of a malevolent force in their midst, only to discover that the box was built to contain a dibbuk, a dislocated spirit that inhabits and ultimately devours its human host.

Starring Jeffrey Dean Morgan (Watchmen) and Kyra Sedgwick (The Closer), The Possession is directed by Ole Bornedal (Nightwatch), written by Juliet Snowden & Stiles White, and produced by Cult Cinema Icon Sam Raimi, along with Rob Tapert and J.R. Young. Lionsgate and Ghost House Pictures are distributing The Possession through Lionsgate, starting one week after The Apparition, on August 31, 2012.

Could there be confusion in the marketplace? We’ll see. However, given the status that movie posters now hold in the overall marketing of films, I don’t think it’s a huge deal. Both posters are quite nice. However, I would expect to see new takes from the marketers of both films shortly. The Possession already has another poster online HERE, which was released after the one below.

Check out both of the one sheets and judge for yourself. 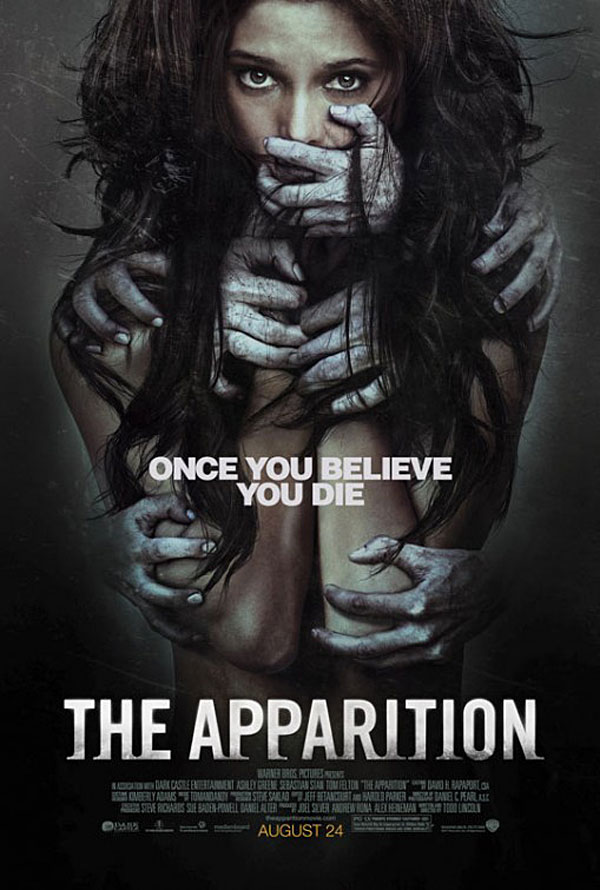 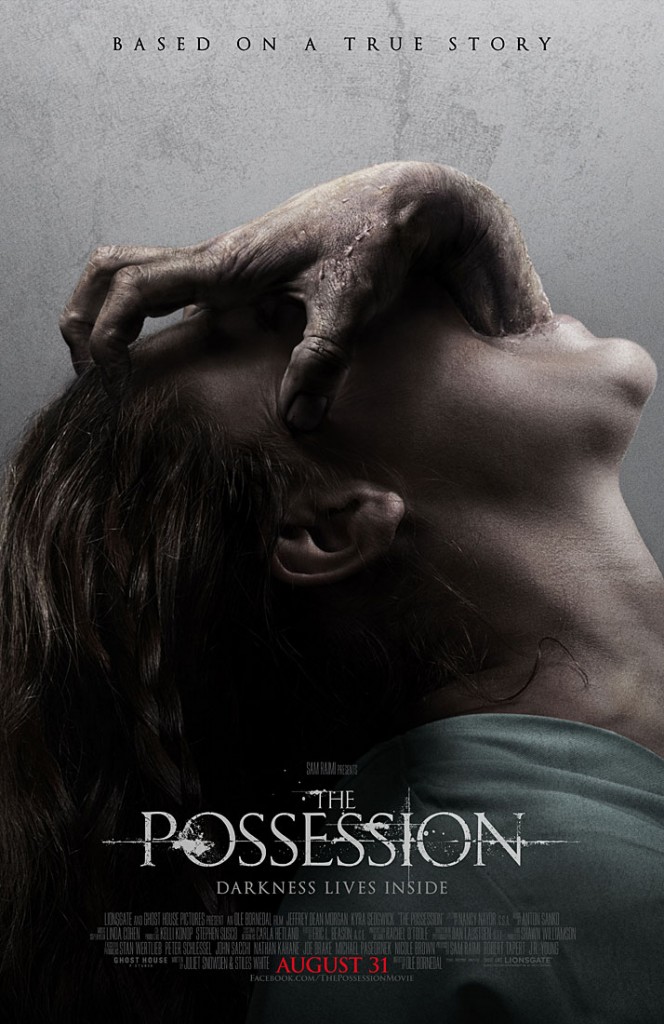