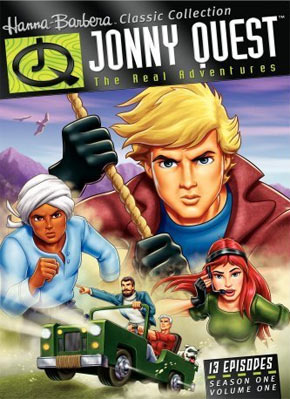 Amazon.com just launched a “Never Before on DVD” store, working with the major U.S. film studios, in order to sell films and TV shows that will be replicated on disc only when ordered, Variety reports. Amazon will use their own CreateSpace DVD-on-demand service to fulfill the orders from the Never Before on DVD store. DVD-on-demand services offer filmmakers and movie studios the opportunity to generate more revenue from their projects and libraries without having to produce large numbers of discs up front.

Amazon is offering more than 2,000 titles from the home entertainment divisions of Disney, MGM, Sony, Warner Bros., Lionsgate, Universal and 20th Century Fox, as well as offering television show titles from CBS Networks, MTV and Nickelodeon. Many of the offerings are already available through Amazon.com‘s Instant Video service.

Disney will offer movies such as 1963’s The Waltz King, 1978’s Child of Glass, 1986’s The Leftovers and the TV pilot Beyond Witch Mountain. Others include the Tarzan and The Real Adventures of Jonny Quest television series and The Sky’s the Limit from Warner Bros., MGM’s 1950s drama The Big Night and more recent Cool Blue and Fox’s Rings on Her Fingers and The Raid. Sony will sell the fifth season of the comedy Rules of Engagement. Its other offerings through the service include Bless the Beasts and the Children, the 2000 ABC movie The Three Stooges, as well as the 1983 TV movie Grace Kelly.