Mesrine: Killer Instinct charts the outlaw odyssey of Jacques Mesrine (Vincent Cassel), the legendary French gangster of the 1960s and 1970s who came to be known as French Public Enemy No. 1 and The Man of a Thousand Faces. Infamous for his bravado and outrageously daring prison escapes, Mesrine carried out numerous robberies, kidnappings and murders in a criminal career that spanned continents until he was shot dead in 1979 by France’s notorious anti-gang unit. Thirty years after his death, his infamy lives on.

Mesrine was helped along the way by beautiful and equally reckless Jeanne Schneider (Cécile de France), a Bonnie to match his Clyde. Mesrine made up his own epic, between romanticism and cruelty, flamboyance and tragedy. Both a thriller and a biopic, Killer Instinct explores the man behind the icon.

In Mesrine: Public Enemy Number One the story continues Mesrine’s incredible life of crime while manipulating the media, the government and the police. He plans his last and greatest escape, hoping to leave France, and the character he has become, behind forever.

Check out the clips below from Mesrine: Killer Instinct, which is currently in theaters.

Below are images and the U.S. release poster for the sequel, Mesrine: Public Enemy Number One, which hits theaters on September 10, 2010. 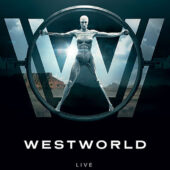 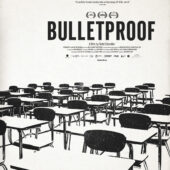