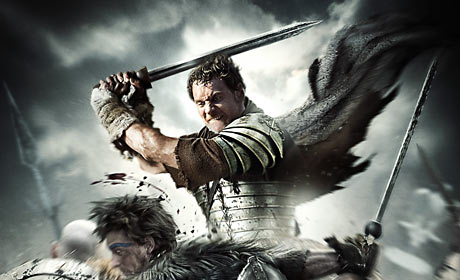 A new trailer, photos and the final poster has been released for the historical action epic Centurion, which premieres on VOD, XBOX and Amazon.com on July 30th, and then opens in theaters on August 27, 2010.

From filmmaker Neil Marshall – who brought us the cult classics Dog Soldiers, The Descent and Doomsday – Centurion is described as a gripping survival thriller set against a background of conquest and invasion; a pursuit movie in the vein of Deliverance and Last of the Mohicans.

CLICK HERE to watch the new trailer over at Apple Trailers.

Check out the new still, along with one you may have seen, and the U.S. release poster for Centurion below.