Just received this cool little promo in my inbox for six free DVD editions of Inalienable, so I thought I’d share. The first 6 people to answer the following question will win a DVD copy of the sci-fi thriller signed by Walter Koenig (Star Trek).

What kind of sports commercial was Walter Koenig in and when did it air?

Email your answers and contact information to: steven.wisniewski @ starz.com.

Still guilt-ridden over the accident that took his family’s lives, Eric Norris discovers that his body is host to a parasite from another world. Except, it is more than a parasite: it carries his DNA. Is this his new son or – as the government believes – a threat to mankind? 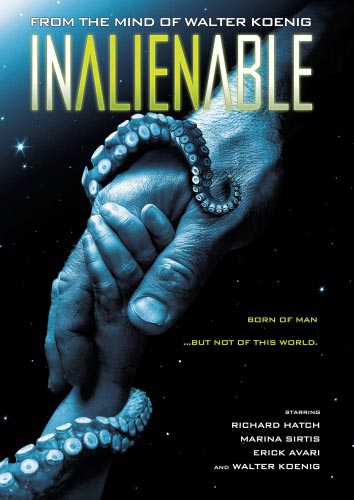