Reality Entertainment is sponsoring one of two new contests on FilmFetish.com. We are giving away six copies of the absorbing documentary The Rosslyn Frequency: Uncovering The Hidden World of the Knights Templar, which uncovers evidence of strange activities at the now legendary Rosslyn Chapel in Scotland.

In order to be entered into the random drawing for your free copy of The Rosslyn Frequency, you must also:

CLICK HERE to sign-up for the Reality Entertainment newsletter, and get a FREE DVD sampler mailed to you, featuring clips from many of their film projects.

More about The Rosslyn Frequency

The Rosslyn Frequency: Uncovering The Hidden World of the Knights Templar

This unique film presents startling new evidence to suggest that there is a very real and breathtaking secret hidden within the structure of the now legendary Rosslyn Chapel in Scotland. Some say that Rosslyn Chapel is a simple place of worship, others that it holds the secrets of the Knights Templar and esoteric mystery persistently surrounds this enigmatic place. This film reveals a new discovery by Brian Allan (Featured in Ancient Code – The Movie and author of numerous books) that has immense implications for humanity.

Discover the amazing and devilish frequency uncovered by Allan as part of the secret, hidden language within the Chapel. Learn about the “keys” said to be buried beneath the floor and which may open a gateway to another world. Listen to the notes banned by the Catholic Church and played within the walls of Rosslyn itself, with a frightening outcome! Dare to go where no one has been since the 15th century.

Do you believe in the world of the occult? Have you stared into the abyss? The Rosslyn Frequency takes you to the very edge of darkness and reveals the hidden light.

Sit back, relax and discover an ancient portal to another dimension. 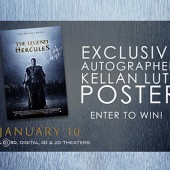