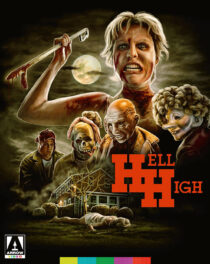 According to the announcement, Radiance will focus on prestige library titles for collector edition releases on Blu-ray and digital. The label is targeting a release slate of 30 titles per year, including new restorations and theatrical reissues for select titles. The company is in discussion with multiple rights holders about launch titles.

Simeoni, who left Arrow Films recently after twelve years, will act as Managing Director at Radiance. The industry veteran was the Director of Content at Arrow and oversaw the company’s large slate of releases, including cult classics like Robocop and Bicycle Thieves.

Simeoni commented, “I am thrilled to be undertaking this new venture and believe there is a large opportunity for a nimble and innovative distributor in the library space. I look forward to working with trusted colleagues and creating new unions with Radiance Films.”