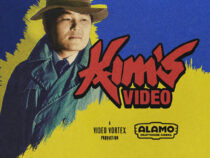 The legendary movie collection from Downtown New York’s iconic Kim’s Video has found its way to the Alamo Drafthouse Lower Manhattan and the staff is making it available to rent for free.

Kim’s Video and Music originally launched way back in 1986, when founder Yongman Kim opened a fledgling video store out of a former laundromat but quickly outgrew the space. The brand quickly grew to multiple locations with nearly 55,000 DVDs and VHS titles. This epic collection was celebrated by film lovers around the world until Kim’s closure after breifly attempting a comeback across the water in more affordable Jersey City, which was beginning to see a huge influx of City residents looking to escape the high rents in New York City and its boroughs.

In 2009, Kim, took the only offer for the collection that kept it intact, and so began a journey to Salemi, Italy. Somehow, after an epic voyage spanning 9,000 miles and 12 years, Kim’s Video is back in New York City.

Starting now, an ever growing selection of over 15K titles are available for rent, for free, from the Alamo Drafthouse Lower Manhattan location. There are thousands of deep cuts, hard-to-find titles, and rarities spanning genres such as Cult, Roller Skating Classics, Grindhouse and Nunsploitation. The location is also making DVD players and VCRs available for rent, just in case young whippersnappers keep functionally obsolete technology lying around your house.

You can also see some of these rare finds on the big screen as a part of the monthly Kim’s Video Presents series, curated by Nick Prueher of the Found Footage Festival.