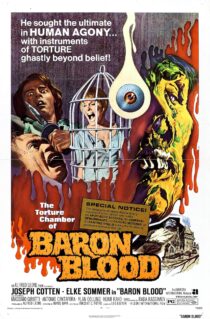 Kino Lorber and Giant Pictures are excited to announce over 20 new films available to stream today on Kino Cult, the new free ad-supported streaming destination for genre lovers of horror and cult films. These films join a growing list of hundreds of new and rare theatrically released cult hits, all presented in beautiful High Definition.

Just in time for Halloween weekend, the channel now features more genre gems from filmmakers like Jess Franco with five new films from the prolific exploitation auteur. For those film fans that have seen Edgar Wright’s fantastic Last Night In Soho they can now dive into more gialli, such as Mario Bava’s Five Dolls For An August Moon and Pete Walker’s Schizo. Kino Cult is also excited to unveil two titles – Sympathy for Mr. Vengeance and Lady Vengeance – from venerated South Korean filmmaker Park Chan-Wook’s vengeance trilogy. And in anticipation of Paul Verhoeven’s Benedetta, nunsploitation fans can catch up on the Italian exploitation classic Sinful Nuns of St. Valentine and Franco’s The Demons, his take on Ken Russell’s The Devils.

“In our second month of operation, Kino Cult is not only beefing up its library of midnight movie essentials, but guiding viewers into weird niches that encourage deeper exploration,” says Kino Cult curator Bret Wood. “We want to rekindle the thrill of discovery that some of us remember from attending actual midnight movies, surfing basic cable after all the broadcast channels have gone off the air, or spending hours wandering the aisles of mom-and-pop video stores. There is still much to be discovered!”