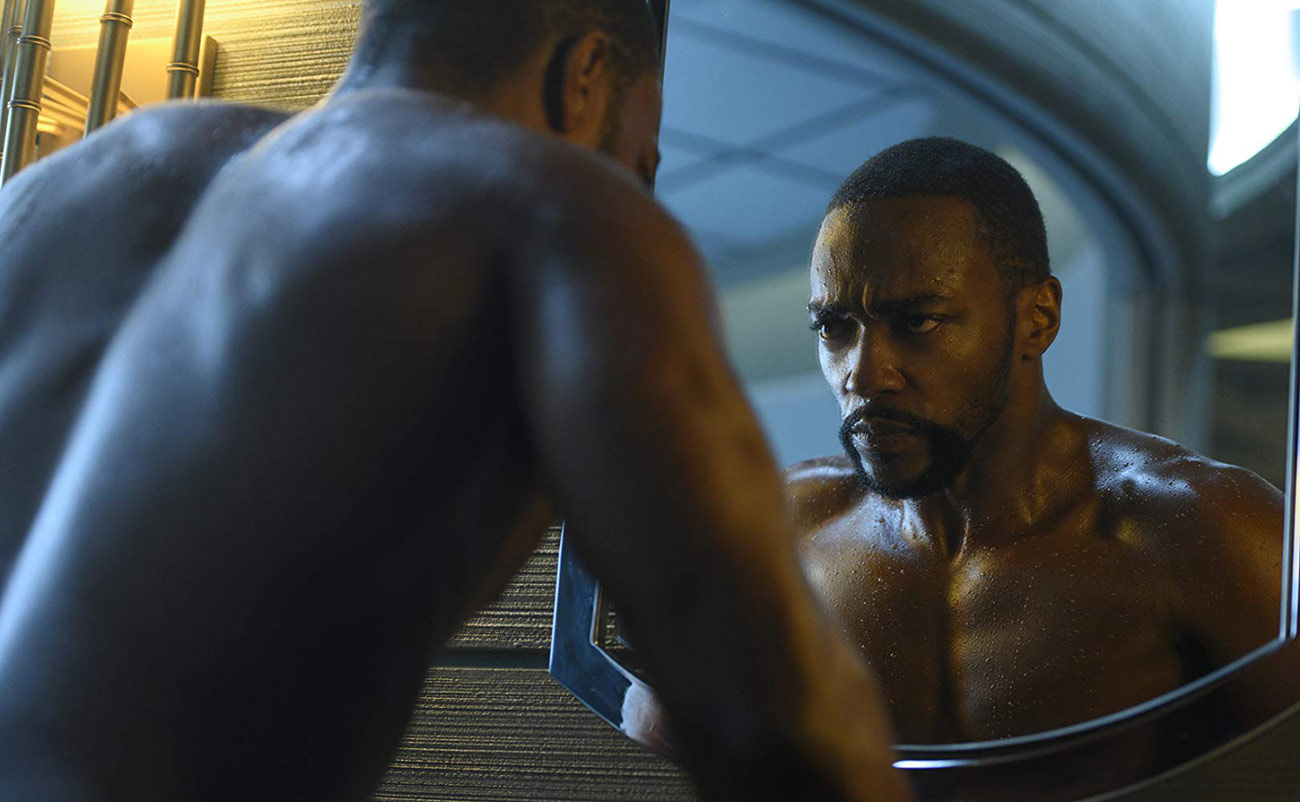 Anthony Mackie plays Takeshi Kovacs in Season 2 of Laeta Kalogridis’s Altered Carbon. The mind-bending series is set in a future where consciousness is digitized and stored. In the new season, Mackie’s character Kovacs is on a quest to find someone he thought long dead – the creator of stack technology, leader of the Uprising, and his former love, Quellcrist Falconer (Renée Elise Goldsberry). The full second season of Altered Carbon will be released on Netflix February 27th.