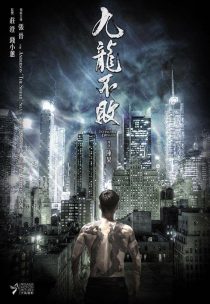 Ip Man: Cheung Tin Chi is an all-star spin-off of the Ip Man series. Continuing after the events of Ip Man 3, Zhang reprises his titular role as a Cheung Tin Chi, a Wing Chun master searching for his place in the world who winds up in trouble. Directed by legendary action director Yuen Woo-Ping, the film co-stars Max Bautista (Guardians of the Galaxy), Michelle Yeoh (Crouching Tiger, Hidden Dragon), and Tony Jaa (The Protector). Well Go will release the film in North America and the UK in 2018.

Invincible Dragon is an action-packed thriller starring Zhang as an undercover agent with an impulsive personality who clashes with a Macau detectice and a US Army Veteran while trying to unravel a major case. Directed by Hong Kong stalwart Fruit Chan (THE 1997 Trilogy, Dumplings), Well Go will release the film in North America, the UK, Australia, andNew Zealand.

Doris Pfardrescher said “There are a few names that martial arts fans know mean quality: Donnie Yen, Jackie Chan, Tony Jaa. We think Max Zhang is the next to be added to that list, and when we heard about these two films we knew we had to have them.”